Abbreviated as VNM by Abbreviationfinder, Vietnam is a communist one-party state and one of Asia’s most authoritarian societies. The Communist Party controls the entire state apparatus, down to the village level. Attempts are being made to reduce widespread corruption, but no major political reforms are on the agenda.

The Vietnamese Communist Party (Dang Cong San Viet Nam) is, according to the Constitution, the leading force in the state and society, but the party should be subject to the law.

The party apparatus decides which candidates may stand in parliamentary elections. A small minority of members of the National Assembly are independent politicians, but they are approved by the Communist Party.

Some political parties other than the Communist Party are not allowed. Oppositionists are instead gathered in exile groups, primarily in the United States and France, among journalists, in unofficial Buddhist and Christian movements, as well as in underground parties and organizations advocating democracy.

There is also a relatively small but active collection of individual organizations in the country that work on issues such as the environment, land rights, women’s status or public health. Pure human rights groups are not tolerated by the authorities.

The oppression of dissent is extensive. During the 2010s, there have been numerous attacks against dissident groups, and not least against Internet users. Many human rights activists and bloggers have been convicted of national security violations, especially after the party congress in 2016. Strict security legislation restricts freedom of assembly and association and prohibits public gatherings of more than five without permission.

Corruption is a serious social problem. Lack of unambiguous interpretations of the law and difficulties in answering government officials has long given room for favor. Fighting corruption is a priority within the party leadership and the judiciary. At the Communist Party congresses, where the major political guidelines are drawn up, corruption and abuse of power are often the focus. In 2019, Vietnam ranked 96 out of 180 countries in the Transparency International Index of World Corruption (see full list here). It was a whole 21 investments better than the year before.

Freedom of the press and opinion is very limited and the state’s control over the media is extensive. Private media ownership is prohibited. It is illegal to question the socialist system and the Communist Party’s power monopoly. Many are opposed to dissent, and Vietnam is one of the countries in the world that captures the most journalists.

Internet use is restricted by restrictions. Since 2013, it has been forbidden to reproduce or comment on news material; social media should only be used to exchange personal information. The law, called Decree 72, was then increasingly criticized by independent bloggers for the regime of corruption and human rights violations.

The Internet is controlled both technically – by disabling servers – and legally. According to a law from 2003, sending and receiving e-mails that are hostile to government is prohibited. Websites that are considered “reactionary” are blocked and website owners must apply to have their content approved. Internet cafes must register users and the places they visit.

A cyber-security law came into force on January 1, 2019. It means that Internet companies such as Facebook and Google can be ordered to remove regime-critical posts within 24 hours if they are deemed by the authorities to be a “national threat”. Companies must also store personal information about users in Vietnam inland rather than as previously in Singapore and Hong Kong. The law also makes it prohibited to call for a general gathering or to dishonor the Vietnamese flag, the country’s leader or national “heroes”. It is unclear what punishments violate the new law.

In 2020, Vietnam ranked 175th out of 180 countries in the Press Freedom Index published by Reporters Without Borders (see full list here). Only Djibouti, China, Eritrea, Turkmenistan and North Korea were placed further down in the index.

Pre-censorship is not applied, but individual writers are responsible for what they write. The self-censorship is therefore widespread. Some surveillance of corruption and abuse of power exists, but no deeper regime-critical debate is allowed. Several vague and arbitrary laws are used to stop journalists and bloggers. Many have been sentenced to prison for violation of section 258, which prohibits “abuse of democratic freedoms to infringe on state interests”.

In February 2015, the government withdrew the publishing permit for the outspoken newspaper Nguoi Cao Tuois website on the internet since it published articles with allegations of “violations of democratic freedoms and rights” by the authorities.

Television broadcasts from abroad via satellite are sometimes blocked by the authorities.

Vietnam has a long way to go to become a functioning legal society. The laws are often unclear, incomplete and inconsistent. The Communist Party has great influence over the judiciary, which is often characterized by willpower and low capacity.

Vietnam applies the death penalty extensively and belongs to the five countries in the world with the most executions. Since the mid-1990s, the number of death sentences and published executions has increased significantly. All of this has to be judged mainly for deterrent purposes as part of campaigns against corruption and “anti-social behavior”, including drug offenses. A number of long prison sentences or death sentences have been issued against people convicted of serious corruption crimes, including high-level persons within the Communist Party. 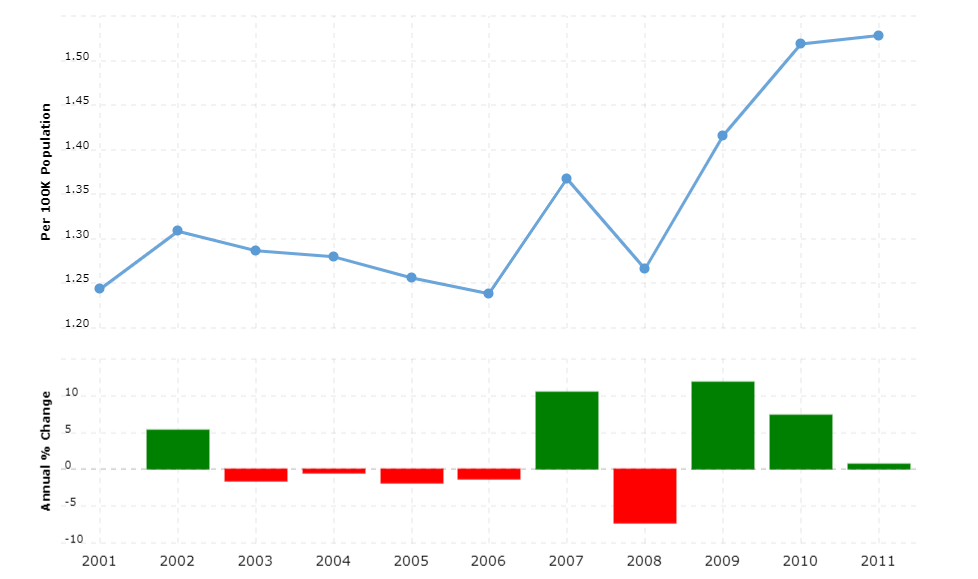