Sir Joseph Banks (1744-1820)
Banks was an English botanist and naturalist who was with James Cook on his first trip to the Pacific, including Tahiti. Coming from a wealthy family, he had financed half the expedition cost of Cook’s trip. The other half came from the British Crown, by the way.

William Bligh (1754-1817)
Bligh is known to many as the captain of the Bounty, which is known to have led to a mutiny against him. The mutineers under the second officer of the bounty Christian Fletscher then ended up on the small island of Pitcairn. After the mutiny, Bligh achieved the maritime masterpiece of reaching the island of Timor from over 3,600 nautical miles with a number of followers after a journey in an open dinghy – in which the mutineers had put him.
Bligh set sail from England on December 23, 1787 and reached Matawai Bay on Tahiti on October 27, 1788. He was supposed to take plants of the breadfruit tree on board and bring them to England. Because of the wind conditions (monsoon) he was only able to leave Tahiti on April 5th of the following year. In the course of the trip, the mutiny mentioned above took place on April 28th.

Marlon Brando (1924-2004);
In 1960, Marlon Bando turned the mutiny on the Bounty in Tahiti. In 1962 he married the Tahitian Tarita Teripia.
In 1990 Marlon Brando’s son, Christian Brando, kills his sister’s lover in Tetiaroa. The sister committed suicide five years later and was buried next to her lover on the islands. The ashes of Marlon Brando, who died in 2004, are said to have been scattered on Tetiaroa.

Jacques Brel (1929-1978 The Belgian chanson singer came to Hiva Ora on his yacht in 1975 and decided to settle there. In 1978 he died of cancer in Paris – where he had gone for treatment – and was later in Atuona on the Calvary Buried cemetery not far from Gaugin.

James Cook (1728-1779)
The navigator and explorer James Cook is especially
known and famous for his three voyages of discovery to the Pacific region. He has discovered or visited numerous islands. On his third voyage, he was slain by natives in Hawaii. The main destination of his first trip to the South Seas from 1768 to 1771 was Tahiti to observe the so-called Venus transit on the occasion of the solar eclipse of June 3, 1769, in order to obtain data for calculating the distance between the earth and the sun. The astronomer Charles Green and the botanist Joseph Banks were also on board.

Johann Reinhold Forster (1729-1798)
Forster was a German natural scientist and ethnologist. He first studied theology in Halle and worked as a pastor for a while. But his real interest was primarily in science. After studying and researching in Russia, he went to England with his son Georg in 1766, where he had already made a name for himself as a natural scientist. From there, he accompanied his son Georg James Cook on his second trip to the Pacific. The ship set sail from Plymouth, England in June 1772 and returned to England after a three-year voyage. From August 17 to early October 1773, the ship and its crew stayed in Haiti.
When he was appointed professor of natural history and mineral research at the University of Halle in November 1779, he returned to Halle, where he lived until his death on December 9, 1798. His grave is on the “Stadtgottesacker” in Halle

Paul Gauguin (1848-1903)
De rin Paris-born Gauguin is, among other things, the creator of romantic images of the South Seas, which have shaped ideas about the way of life there in western countries to this day. he is a co-founder of “Synthetism” and a pioneer of Expressionism. Gauguin went to Tahiti for the first time in 1891 and rented a hut around 40 km from Papeete, where he lived with a burrowed 13-year-old until 1893. After his return to Paris he experienced a series of disappointments and defeats, so that he decided to return to Haiti. In September 1895 he reached Papeete again. As on his first trip, he was repulsed by the “westernization” of the island and felt especially the work of the missionaries as a threat to the life and culture of the natives. he built an old-style hut there and lived again with a very young woman who gave birth to a daughter and in 1899 a son. The daughter died soon after giving birth.
He disliked life in Tahiti more and more, and he was plagued by the effects of the Syphylis. For these reasons he went to Atuona – the main town on the island of Hiva Oa, one of the islands of the Marquesas – in the fall of 1901. Here he found more of the originality of the way of life that he had sought in vain in Tahiti. Here, too, he built a hut in the traditional style and lived with a young local again. Since he was strongly committed to the rights of the locals against the French colonial rulers and increasingly clashed with representatives of the Catholic Church, he was even sentenced to prison and a large fine. Scarred by his illness and weakened by the constant quarrels, he died there on May 8, 1903 at the age of 54. His grave is on Hiva Oa.

Charles Green (1735-1771)
The British astronomer Green accompanied James Cook on his first South Seas voyage to Tahiti to collect data from the transit of Venus on the occasion of the solar eclipse of June 3, 1769. This data should be used to calculate the distance of the earth from the sun. Green’s data were wrong due to his calculations, which plunged him into great despair. He was stuck with malaria at a stopover in what is now Indonesia.

Jack London (1876-1916)
the American writer and author discovered the fascination of the South Sea islands during his Pacific voyage from 1907 to 1908, which he carried out with his sailing boat “Snark”. Impressed by the exoticism of the islands of Tahiti, he wrote the “Stories from the South Seas” and “The Snark’s Ride – Adventure of a Journey”. 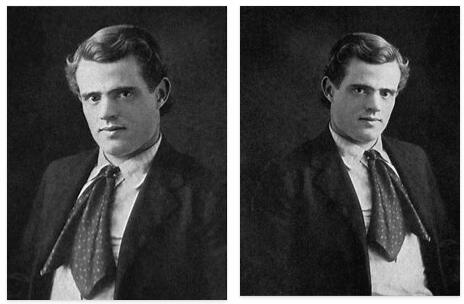 Herman Melville (1819-1891) In 1842 the American writer Herman Melville deserted to the island of Nukuhiva. There he spent several weeks – together with sailors from the whaler “Acushnet”. He describes his impressions there in his novel “Taipi”, published in 1846. In his novel “Omoo” published in 1847, he described his experiences in Tahiti. His travel experiences also inspired him to write the world-famous book “Mobby Dick”.

Tupaia (1725-1770)
priest and navigator, who accompanied James Cook on his first voyage to the South Sea in 1769 and, among other things, served as a translator.