Syria’s president has almost unlimited power and citizens cannot vote for the regime, even though general elections are held regularly. The constitution provides for freedom of expression and press, but censorship occurs. During the Civil War, the country has become one of the most dangerous in the world for journalists.

Abbreviated as SYR by Abbreviationfinder, Syria is one of the countries called inheritance republics: On paper, the head of state is elected through democratic elections, but in practice governs a dynasty that ensures that power is inherited.

The presidential family belongs to a religious minority, the Alawites (see Population and Languages). The clan al-Assad has consolidated its power by exploiting the Arab-nationalist and socialist ruling party Baath, exercising tight control over the citizens and playing out groups of people against each other. Sunni Muslims and Kurds have been particularly hard-pressed. Syria’s Christians have largely “been low” by the fear that the Assad regime will be replaced by something that brings even greater trials.

Everyone who has been in opposition to the Assad regime has had reason to fear the security apparatus used by the regime. The methods – such as stating and eavesdropping – were largely derived from the Soviet Union, which was the regime’s ally. Well-known for the prison countries, torture and disappearances are the civilian security services, which together are called the Mukhabarat and are under the Ministry of the Interior. Amnesty counted around 17,000 people who “disappeared” even before the Arab Spring of 2011, abducted by security agencies and likely dead. Since 2011, tens of thousands more have “disappeared” in this way.

The regime places loyal people in positions of power and the business world is dominated by people who stay well with Assad. The organization Transparency International placed Syria in place in 2019 (shared with South Sudan), when it examined how corrupt the countries of the world are, see list here. Only Somalia was judged to be more corrupt.

The decades of socialist experimentation and secular administration had some positive effects on gender equality, such as that girls also had access to education. But during the war since the Arab Spring of 2011, when many men have been killed or imprisoned and millions of Syrians have been living as refugees, women’s conditions have deteriorated. For example, it has become more common for pockets to be donated to provide them.

The Kurds strive for self-determination in the north. For a long time, their desire for belonging with a larger Kurdistan contributed to the recognition of the ethnic group. In the 1960s, tens of thousands of Kurds were deprived of Syrian citizenship and discriminated against. The Baath Party, in power from 1963, introduced laws that made it difficult for the Kurds. Those who lacked citizenship could not own real estate, enter into marriage, travel abroad or have a formal employment. Kurdish was not allowed to be used in teaching, media and books, and it was illegal to celebrate Kurdish holidays.

Bashar al-Assad promised to review the Kurds ‘situation when he became president in 2000. Instead, the contradictions worsened, especially after the US Alliance invasion of Iraq in 2003. The invasion strengthened the Kurds in Iraq, which undermined Kurds’ national sentiments in Syria as well. When the uprising broke out in Syria in 2011, the government changed its policy and offered citizenship to ward off Kurdish protests. It was allowed to celebrate Kurdish New Year and Kurdish became a subject at state universities.

In 2012, Assad’s forces began withdrawing from Kurdish areas to release forces against rebels in other parts of the country. The Kurdish areas in the north were then taken over by the party PYD, which soon came to set up a form of self-government called Rojava, where they have held local elections and sought to build a Kurdish school system. Through cooperation with other rebel forces in the north – the US-backed alliance SDF, which also includes Turkmen, Sunni Arabs and Christians – the Kurdish militia played a key role when the Islamic State terrorist group was driven away from their strongholds (see Current Politics). However, the signals from the Assad regime, which has recaptured large parts of the country, are that continued Kurdish freedom efforts will not be tolerated.

In Syria, control of the media was fierce even before the outbreak of the war in 2011. Since the civil war broke out, more than 200 journalists or media activists have been killed, according to Reporters Without Borders. In the organisation’s press freedom ranking for 2020, Syria holds 174 out of 180, see list here. Many kidnappings of media workers have occurred. The work is dangerous both in rebel-controlled areas and in government-controlled provinces.

In government-controlled territory, the regime or people loyal to the presidential family have power over almost all mass media. Censorship is mainly aimed at Arabic-speaking media. Many journalists practice self-censorship.
In the past, there were basically no privately owned media, but since Bashar al-Assad took office in the 2000 presidential election, a new press law came into force. Privately owned newspapers could be published, but the law contained restrictions. Criticism against the president and his family, the Baath Party or the military is not allowed. In order to publish a newspaper, you must have a license from the Ministry of Information. The news reporting from the state news agency Sana is very government friendly, as are the state TV channels.

Privately owned commercial radio was allowed in 2002 but is not allowed to broadcast independent political programs. On the Internet, blogs and independent sites are blocked, but during the civil war the media landscape has changed and many news is now spreading through social media and political groups’ websites. Opposition media has established itself in exile or, to a lesser extent, in rebel-controlled parts of Syria.

The extremist movement IS media has mainly been aimed at international audiences and the group’s own supporters. The online magazine Dabiq is named after a city in Syria that plays a role in Islamic downfall. Even after IS expelled from Syria and Iraq, the group has continued to spread propaganda on social media.

The judiciary in government-controlled parts of Syria includes public courts at three levels, administrative and special courts. The Supreme Constitutional Court examines disputes in elections and whether laws and decrees are compatible with the constitution. The Supreme Judicial Council, headed by the President, oversees the judiciary.

In family law matters, Shari’a courts judge according to Sunni tradition in cases involving Muslims, including Alawites and Shia Muslims, while Drusters, Christians and Jews have their own courts.

Special courts – the state security courts and military courts – can also conduct civilian proceedings and have been used against the government’s political opponents.

The judiciary is not legally secure but follows the wishes of the governing body. It is also affected by corruption. Trials are usually settled behind closed doors.

The death penalty is applied and executions can be carried out in public. Mass executions by hanging have taken place in the dreaded Saydnaya prison near Damascus, where torture has been reported to have been interviewed by survivors interviewed by Amnesty International.

Before the uprising in 2011, the regime’s prisons were estimated to house hundreds of people imprisoned for political reasons. Many were released in amnesties in 2011, but the total number of prisoners has risen sharply during the war and they are now counted in the tens of thousands. Opposition groups have presented evidence that they claim proves that the government killed more than 11,000 prisoners during the first three to four years of the conflict.

Rebel groups also commit abuses and war crimes, although it is difficult to give a comprehensive description of the many movements that constitute resistance to the regime. Larger rebel groups have run their own prisons and courts, alone or in collaboration with other rebels, opposition groups and Islamic leaders. These courts usually apply some interpretation of Sharia law and can impose harsh penalties, including the death penalty. It is common for prisoners in the rebels to be treated badly, tortured or executed without trial. Not least, as long as the movement controlled populated places, IS applied its own system of Sharia courts and distinguished itself for particularly brutal court cases involving public beheadings, crucifixions, severed hands and whipping punishment.

The Kurds in the north have set up their own courts, which are not religiously characterized. Kurdish forces have imprisoned IS members during the fighting when IS was driven away. It is not decided what will happen to the prisoners, or their families. There are several legal problems, including which party other countries can actually deal with, when it is not an independent state that keeps them imprisoned and when the prisoners have not been part of a regular army either. Unlike in Iraq, the Kurdish judiciary in Syria has not sentenced IS supporters to death. After an offensive in northern Syria in 2019, Turkey has gone ahead with the events of jihadists detained from other countries. IS members from western countries have been deported by Turkey. However, legal uncertainty remains,

Both suspected IS leaders and prosecutors in the Assad regime have been subject to trial in Germany (see Calendar). 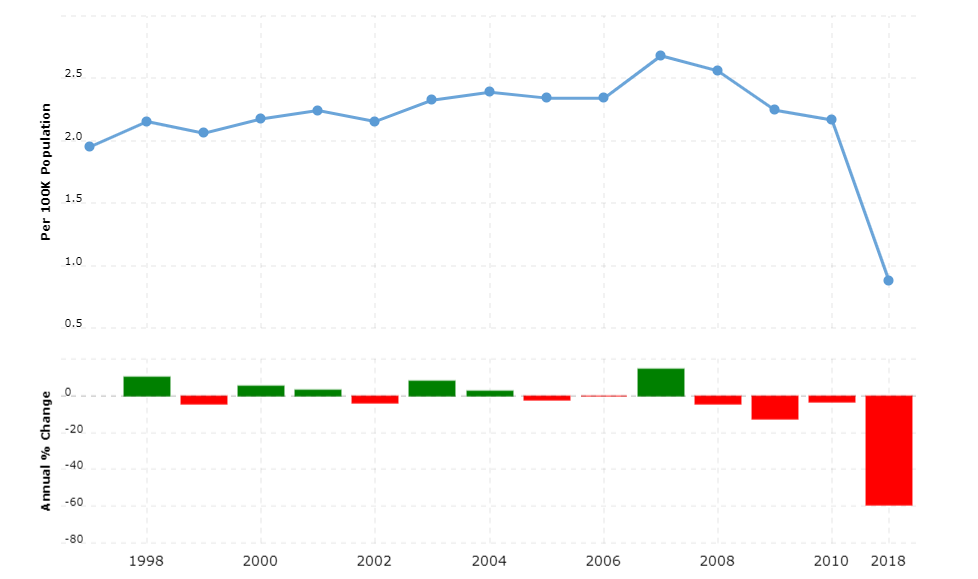