Abbreviated as LKA by Abbreviationfinder, Sri Lanka is democratic in the sense that the change of power takes place through universal suffrage. At the same time, there are many examples of abuse of power, corruption, electoral fraud and political violence.

Free party formation prevails and political parties can operate freely. However, many top politicians have been killed over the years, both in internal party riots and by extremists among both Tamils ​​and Sinhalese.

The Constitution guarantees citizens basic freedoms and rights, but Freedom House describes the country as only partially free.

Democracy has been strengthened after a shift in power in 2015, when authoritarian President Mahinda Rajapaksa was defeated in an election of the more reform-friendly Maithripala Sirisena. The situation for civil society, for example for NGOs, has improved. Human rights activists can work almost completely freely and, for example, report suspected violations of human rights. The opportunities to demonstrate can sometimes be limited.

Sri Lankan women were included in the universal suffrage introduced in 1931 and the country received the world’s first female prime minister in 1960. But although there are women in the political leadership, only a few percent of the members of parliament are women. Even among government ministers and in local political assemblies, women are few.

Corruption is a widespread problem throughout the state administration, especially at a lower level within the justice system. Those who can bribe themselves are more likely to get legal help. In 2019, Sri Lanka was ranked 93 in Transparency International’s index of corruption in 180 of the world’s countries (see full list here). That was four investments worse than the year before.

According to Sri Lanka’s constitution, freedom of the press and freedom of expression prevails, but it can be limited by laws on national security and counter-terrorism.

The media situation improved after the change of power in 2015. Nevertheless, Reporters Without Borders describes the media situation as difficult. On the organization’s index of freedom of the press in the world, Sri Lanka in 2020 was ranked 127 out of 180 countries, which was a clear improvement from 2015 when the country ranked 165th (see the full list here).

It can be dangerous to work as a journalist in Sri Lanka and it happens that media workers are threatened, harassed or beaten. Several old murders of journalists have remained unresolved.

Some journalists engage in self-censorship for fear of their own safety. Traditionally, other Sri Lankan media have devoted much space to political debate and government criticism.

According to the constitution, the legal system should be free from political interference, but in practice it is subject to political influence. In 2015, however, there was an improvement when the president was deprived of the opportunity to influence the composition of the courts through the right to have the last say in the appointment of public services.

Human rights violations have occurred in all governments, especially in the fight against extremist movements during the civil war. Torture and disappearances have periodically been common features.

What happened during the Rajapaksa government’s final offensive against the guerrilla in the spring of 2009 has been particularly debated. In 2011, a UN expert group found that there was “credible evidence” that tens of thousands of civilians were killed in acts of violence by both the government side and the Tamil guerrilla LTTE during the last months of the war. The death toll was estimated at up to 40,000 people.

The UN group wrote in its report that some of the acts of violence may have been war crimes or crimes against humanity, and recommended that an international investigation be set up. Most civilians died, according to UN experts, of artillery fire from the army against the zone where many civilians were trapped. The LTTE used about 330,000 civilians, so-called human shields, to attack the army. Those who tried to escape were shot by guerrillas.

In the spring of 2012, the UN Human Rights Council adopted a resolution calling on Sri Lanka to conduct an independent investigation into the allegations of war crimes. After Rajapaksa rejected the UN injunction, the Council repeated its call for a new resolution. When this was also rejected by Sri Lanka, the Council proposed an international investigation. Sri Lanka dismissed the claims as “neo-colonialism”.

The Rajapaksa government added its own investigations, but these were in turn rejected as biased and insufficient by the outside world.

When Sirisena was elected President in 2015, he pledged to work with the UN to investigate the allegations of human rights violations at the end of the war. His government supported the UN resolution that year. But in practice, very little happened on the issue under Sirisena’s power holdings and when the Rajapaksa brothers returned to power in 2019, once again, the world’s demands for an investigation were rejected.

Human rights violations have continued even after the end of the war. The Sirisena government was criticized by Amnesty International in 2018 for its continued use of the Exclusionary Laws and the Anti-Terrorism Act PTA (Prevention of Terrorism Act), despite the fact that Sirisena 2015 promised to replace these with laws that comply with international standards and do not violate human rights.

The PTA gives the police and security forces far-reaching powers to arrest and detain suspected terrorists for a long time without prosecution or trial.

According to the UN, Sri Lanka is still guilty of torture, extrajudicial executions and involuntary disappearances, although the situation has improved since the change of power in 2015. Impunity is widespread for crimes such as disappearances, murder, rape and torture. A particularly vulnerable group is the Tamils.

The conditions for interns in the country’s prisons are said to be poor, partly because of overcrowding and lack of medical care.

The death penalty is punished for murder, rape, armed robbery, drug smuggling and crimes committed by the military against civilians or vice versa. No executions have been carried out since 1976. In January 2019, President Sirisena announced that executions of convicted drug offenders would resume, but the plans were halted by the Supreme Court later that year. 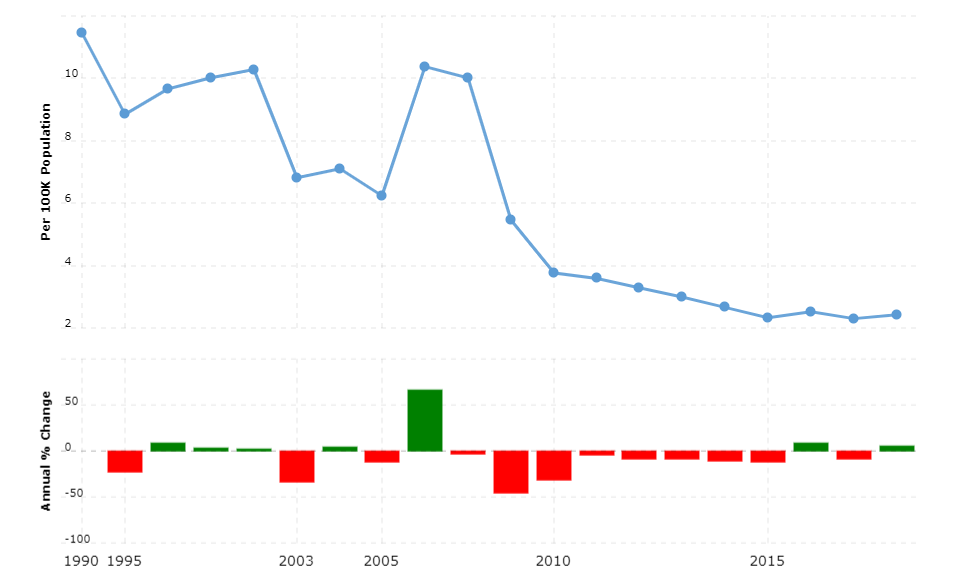