Cambodia’s grave situation is explained by decades of conflict:

Pol Pot died in 1998, without ever going to trial.

In 1999, Cambodia joined Asean (Association of Southeast Asian Nations), which sparked controversy among nine members of the association.

In 2001, Khmer leaders were tried for genocide.

The Cambodian territory is crossed by the Mekong River, which fertilizes extensive plains, where there is a large production of rice. Cambodia is one of the poorest nations in Asia. In the 1990s, Chinese and Taiwanese clothing companies were set up in the country and outsource products for international brands (Nike, Gap).

The success of these manufactures was one of the factors that provided admirable economic growth in the 1990s. Clothing accounts for 60% of Cambodian exports.

The country is made up of two large parts: peninsular, continental Malaysia, in the south of the Malaysian peninsula, and another island, with federated units of Sarawak and Sabah, located north of the island of Borneo (Kalimatan). In the peninsular part the majority of the population is made up of Malaysians, Chinese and Indians. Islam is the religion of the state and of the Malays (53%).

A dense tropical forest covers about 70% of the continental area, the resources of which are extensively explored by national and Japanese companies. The government is under pressure from environmentalists to restrict logging.

At the base of the economy are also rubber, oil, natural gas and tin, whose main deposits are found in the states of Peraque and Selange, on the west coast.

In the 1990s, Malaysia became a “new Asian tiger”, the economy has modernized, presenting a rapid growth of industries with a high technical level, with emphasis on electronic components.

In the late 1990s, Malaysia’s economy was shaken by the financial crisis in Southeast Asia. In 2001, the government launched a package of measures to stimulate economic growth, threatened by the slowdown in the United States, the largest market for Malaysian exports. 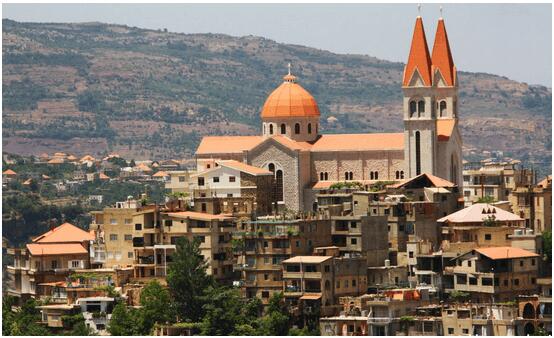 Lebanon is formed by a narrow coastal plain, with the fertile Bekaa Valley to the east and the border with Syria is mountainous.

The tertiary sector is the most important in the country (30% of GNP). The main industrial sectors are: food, textile, cement and oil refining. Agrarian production consists of fruits (citrus, apples, grapes), olive trees and tobacco.

From 1920 to 1945 Lebanon was under the control of France. The PLO’s presence and actions in the 1970s divided the Lebanese government. Representatives of Muslims and the left supported the Palestinians, unlike the Maronite Christian leaders, who condemned them.

In 1975, the violent conflicts between Lebanese right-wing militiamen and Palestinian guerrillas provoked the political crisis that launched the country into a civil war until 1990. The presence of Palestinians in Lebanon also led to the invasions of Israel, which provoked, between 1982/84, the destruction of Beirut.