Singapore is, on paper, a parliamentary democracy, but the country can hardly be called a Western-style democracy. The ruling party The People’s Action Party (PAP) exercises effective control over the entire political system and the mass media.

PAP has held its dominant position since the 1950s. One of the most important explanations for this is the country’s electoral system, which greatly benefits the ruling party as the winner gets all the seats in a constituency.

Abbreviated as SGP by Abbreviationfinder, Singapore is characterized by Freedom House as a partially free country in respect of respect for political and civil liberties and rights. General elections are held regularly and multi-party systems prevail. However, the opposition parties are given little space in media and public debate. Many government opponents are pressed to silence through prosecution charges.

Freedom of assembly is severely limited. In practice, there is only one place where demonstrations can be held, Speaker’s Corner in Hong Lim Park. Permits are required from the authorities, which have great powers to prohibit demonstrations and other public gatherings. Organizers of peaceful demonstrations must apply for permits at least 28 days in advance and inform the police of the estimated number of participants. Anyone who violates the rules risks high fines or imprisonment for up to one year. Permits can be denied if the demonstration has a political purpose or if it is organized or financed by foreign nationals.

Women are under-represented in politics. In 2017, Singapore got its first female president, Halimah Yacob. In 2012, she also became the country’s first female President in Parliament.

Singapore is one of the world’s least corrupt countries. In 2019, the country was ranked 4 out of 180 countries in the Transparency International Index of Corruption in the World (see full list here). Singapore shared fourth place with Switzerland and Sweden.

The PAP government reserves the right to control the media “for the good of the nation”. This is done through both legislation and state ownership. The political opposition is rarely quoted in the media.

The laws make it possible to stop the dissemination of information that is considered to threaten national security or public order. Criticism against the supreme rulers is particularly sensitive. Hard control leads to strong self-censorship.

Foreign newspapers are also monitored; Since the late 1980s, several well-known publications have been sentenced to pay damages or have their sales in the country temporarily withdrawn because of the content of the government.

Reporters Without Borders listed Singapore in 2020 as 158th of 180 countries in its index of freedom of the press in the world (see full list here). It was seven investments worse than a year earlier.

The government is investing in giving Singaporeans good access to the Internet, while the media laws are also applied here to prevent the user from coming into contact with material that the authorities consider to be politically unacceptable or incomplete for other reasons. During the 2010s, many bloggers who criticized the government were forced to remove posts and pay fines. Websites / blogs with more than 50,000 visitors per month must apply for and pay for a license to publish content on the Internet.

The authorities are legally empowered to block all electronic communications in the event of a terrorist attack. The police are also entitled to stop people who are in the vicinity of a “serious incident” from taking pictures, recording video or communicating about the police’s actions via text or sound. The restrictions on media freedom can be made in a limited area and for a limited period of time and apply to direct reporting.

According to the Constitution, the judicial system should be independent of state power, but the independence of the judiciary has been questioned. The courts are subject to political influence and criticism exists for lack of impartiality in cases of political linkage.

Repeatedly, people in the government have sued opposition leaders for slander or for holding speeches without permission. Critics claim that in some cases the courts have gone to the government’s cases in court cases where the sentenced damages have been so high that the convicted person risked personal bankruptcy, which means he / she loses his place in parliament. Defamation cases against opposition leaders, as well as against foreign media and human rights activists, have drawn criticism from, among others, Amnesty International.

In Singapore, high penalties are generally imposed for crimes. The country still has the punitive sentence and, in principle, mandatory death penalty for drug trafficking, murder, treason and crimes against the gun laws. In January 2013, however, a law change was introduced that allows people sentenced to death for murder and drug crimes to have their sentences converted to life imprisonment. The opportunity applies to people with mental disabilities as well as drug couriers who work with the authorities.

The home opinion against the death penalty is weak. The stronger the foreign protests are, especially when foreigners have been hanged for smuggling small amounts of drugs.

With the support of the Internal Security Act (ISA), the police can detain suspected criminals for years without judicial review. A number of suspected militant Islamists have been imprisoned according to ISA, without being prosecuted or brought to justice. A number of members of the banned Christian community of Jehovah’s Witnesses have been jailed for refusing to do military service. 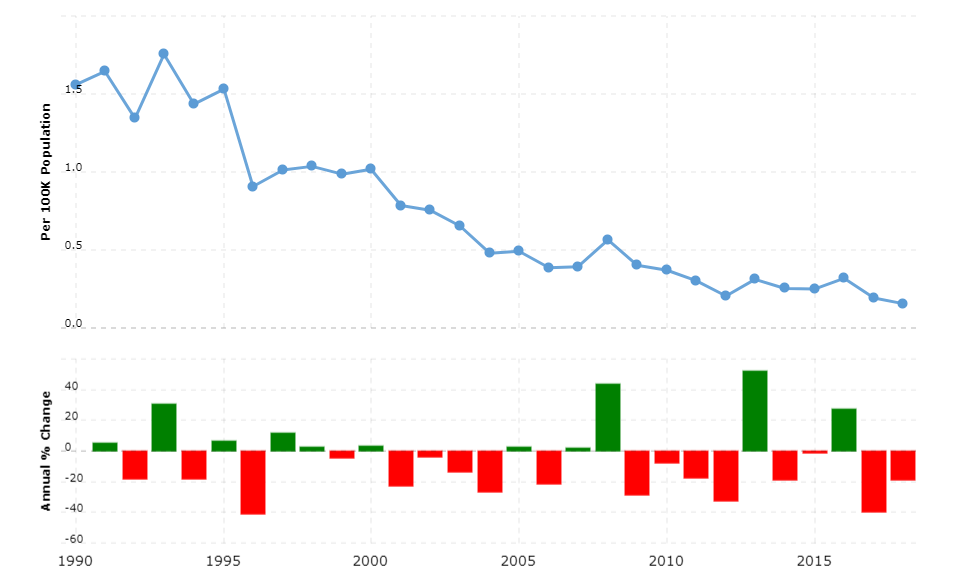