The metropolis is one of the most visited cities in the world and is particularly valued for its numerous historical and cultural highlights and the cosmopolitanism of its residents.

Below we present you the most exciting tours, the most beautiful attractions and the best sights in London. 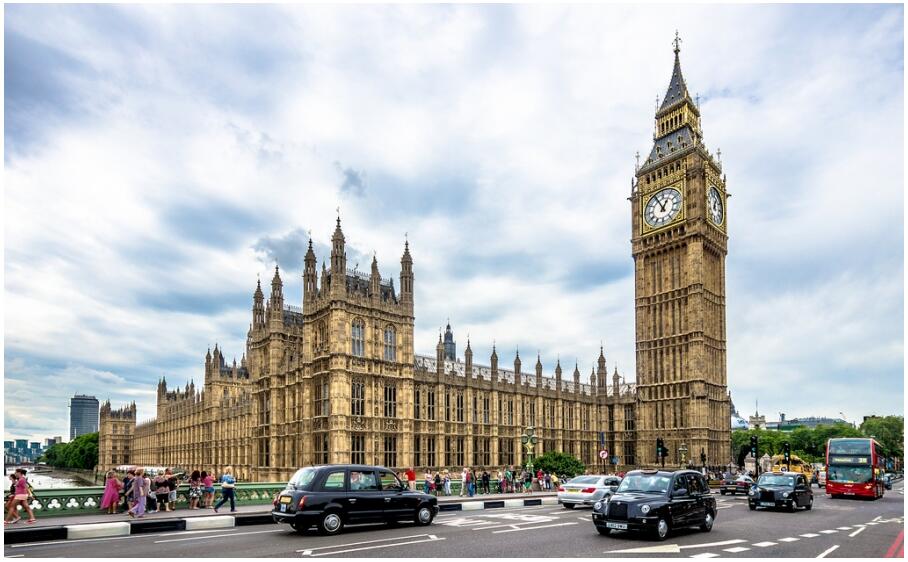 The stately building of Buckingham Palace in central London, Westminster, is the residence of the monarchs of the United Kingdom. There are 775 rooms in the imposing palace, only a small part of which has been opened to the public. The state apartments are on the main floor, the impressive exterior vaulting of the facade is part of the music room and the adjoining blue and white salons. A 50 m long picture gallery presents masterpieces by Rubens, Vermeer, Van Dyck and Rembrandt. All year round, visitors can take advantage of the opportunity to marvel at the Royal Collection in the Queen’s Gallery.

The annual special exhibition in summer as well as the royal stables “Mews” from February to November are among the visitor magnets to explore. During the months of August and September, when the Queen is in the Scottish Balmoral, visitors are also allowed to tour the magnificent State Apartments. A very special highlight is the 40-minute ceremony of the changing of the guard of the Royal Guard, which begins every morning at 11 a.m. from April to July and every other day from August to March.

2. The Tower of London

One of the most important sights of London is undoubtedly the Tower of London, southeast of the City, which was built in 1066 by William the Conqueror. The imposing fortress and UNESCO World Heritage Site is one of the most visited attractions in the metropolis and, above all, attracts tourists from near and far with its magnificent Crown Jewels exhibition. The world-famous guards of the tower, the Yeoman Warders or Beefeaters, offer a lot of interesting information and insights into the almost 1000-year history of the tower during an entertaining tour through the numerous weapons and prison chambers.

Closely associated with the Tower are its legendary eight common ravens, considered by many to be a sign of well-being and prosperity in the United Kingdom. Even today, gun salutes are fired from the 62 cannons in the tower at royal festivities, the opening of parliament and state visits. Interested visitors can also attend the centuries-old key ceremony that takes place every evening.

In 1245, at the behest of King Henry III, Westminster Abbey was built in the High Gothic style in the City of Westminster, which is located to the west of Westminster Palace. For many centuries this has been the historic venue for all British coronation ceremonies as well as royal weddings and baptisms, but the final resting places of English monarchs and other numerous figures of noble families can also be visited here. Westminster Abbey, a UNESCO World Heritage Site, impresses with an imposing central nave and the “Tomb of the Unknown Soldier”, while in the nave, the graves of such literary greats as Chaucer, Dickens, Browning and Tennyson as well as the world-famous musician and composer Georg-Friedrich Handel can be admired .

The main entrance to the west of the church is adorned by a masterfully crafted portal. On the grounds of Westminster Abbey there are the four wonderful gardens “Garth”, “Little Cloister”, “College Garden” and “St. Catherine’s Garden ”, where it is definitely worth taking a leisurely stroll and experiencing the enchanting atmosphere of this special place more profoundly. In the immediate vicinity of Westminster Abbey is the impressive Anglican church “St. Margaret’s Church ”, which is also a UNESCO World Heritage Site.

4. Big Ben & The Houses of Parliament

The most striking landmark of London is definitely the 96 m high Big Ben bell tower, whose official name has been Elizabeth Tower since 2012 and which belongs to the parliament building. The name Big Ben refers to the massive 13,760 kg bell in the tower that strikes the famous Big Ben carillon every hour. The Houses of Parliament, the House of Lords and the House of Commons, are located in Westminster Palace, the brilliant neo-Gothic structure on Parliament Square in the City of Westminster.

The building complex, which is a UNESCO World Heritage Site, is open for guided tours in the summer months, giving visitors the unique opportunity to visit the Royal Gallery, the Lords Chamber, the Central Lobby and Member Lobby, as well as the world-famous Commons Chamber and Westminster Hall, which is over 900 years old to visit. The Houses of Parliament are one of the most striking sights in London.

A visit to one of the largest museums in the world, the British Museum on Great Russell Street, is an absolute must for London guests too! The monumental museum building in the classical style, erected in 1848, is an exhibition space for over 8 million exhibits and unique collections that are of particular cultural and historical value.

Numerous highlights await the more than 5 million tourists annually, who can visit the wonderful exhibitions of ancient Egypt or antiquity, the Rosetta Stone or the Elgin Marbles of the Parthenon, invaluable art objects from Asia, Africa and important works by great masters and artists. A very special highlight is the huge library in the museum with its incomparably imposing reading room with a light dome. 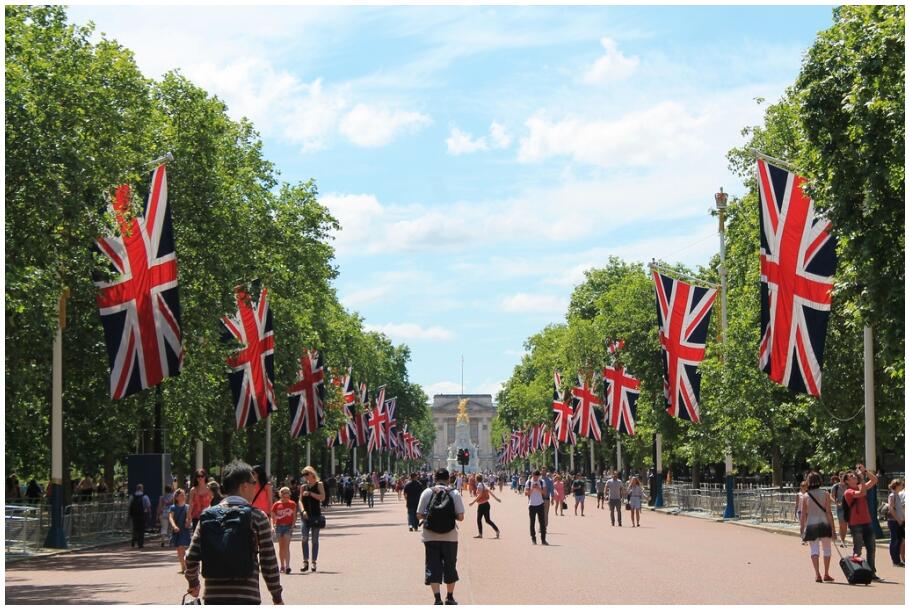 The numerous tours through the modernized zoological garden lead past the 6,000 m² Gorilla Kingdom and many other fascinating animal areas, such as the “Asian Big Cats”, “Giants of the Galapagos”, the tropical free-flight hall Blackburn Pavilion and the “Gorilla Kingdom” “And the divided aquarium are a real magnet for zoo visitors of all ages.

One of the most important churches in the country is the much admired St. Paul’s Cathedral in the City of London, just above the Thames, which was designed and built from scratch by the famous architect Sir Christopher Wren after the devastating fire of London in 1666 . The 158 m long cathedral is a perfectly shaped architectural masterpiece, the huge dome of which is equipped with a 750 t heavy lantern, inside of which a fabulous whispering gallery has been created at a height of 30 m.

It is one of the most famous sights in London. The Episcopal Church is the venue for important state festivities and ceremonies of the British monarchy. The final resting place of numerous prominent personalities, such as Admiral Lord Nelson, Sir Christopher Wren, Sir Alexander Fleming or Joseph Mallord William Turner, are in the crypt of the cathedral, while visitors can also visit the monuments of Florence Nightingale and Sir Winston Churchill.

The representative road bridge Tower Bridge shapes the traditional tourist image of London with its magnificent twin towers in the Gothic style. The drawbridge, built in 1895, is not only used for road traffic, but also for shipping, as the road bridge, located just a few meters above the Thames, can be pulled up on both sides when larger ships want to pass.

The bridge is free of charge around the clock for visitors waiting for the highlight, namely the opening of the bridge to passing ships. The newly opened, transparent pedestrian path with a fantastic glass view of the bridge is located at a height of 42 m, while the footpath on the east side also serves as an exhibition area. Even the old engine rooms of Tower Bridge with their imposing bridge opening mechanisms are open to interested visitors.

What would a stay in London be without paying a visit to the enchanting Victoria Park! The 0.9 km² largest and most popular park in East London attracts over 12 million annually to its lovely landscape in the East Park and West Park. In the middle of the magical Victoria Park Lake, where ducks, swans and geese frolic, there are three small islets and an impressive water fountain. Park guests can take a rowboat to cross over to one of the islets and visit the masterfully crafted Chinese pagoda there. Fantastic meadows and admirable rose gardens as well as the “Victoria and Alexandra playground” make every child’s heart beat faster. The imposing Chinese pagoda built on one of the islets can be reached by rowing boat.

Sport is very important in Victoria Park, where more than 17 regattas are held every year and various traditional football clubs and cricket clubs are located and active. An audio-supported walk along the “Memoryscape Trail” provides a lot of interesting information about the history of the park and its numerous highlights. The “Trees of the World” trail leads past 14 magnificent specimens of endogenous tree cultures. Victoria Park London has repeatedly been chosen as the best local park for its attractive design and environmentally friendly management and has been awarded the “Green Flag” and certified as a “Green Heritage Site”.

During this comfortable bus tour along the most important sights, visitors have the opportunity to get on and off the bus as often as they want with a 24-hour ticket for the “Hop on Hop off Tour Bus” and explore the city’s most important attractions. The ticket price also includes a city tour and a boat trip on the Thames, which allows guests to admire the fairytale emblematic skyline of London from the river.

There are over 60 stopovers on each of the four different bus routes, which are traveled every 10 to 20 minutes and where tourists get off to visit one or more sights such as the Tower of London, Buckingham Palace, St. Paul’s Cathedral or Trafalgar Square in peace and then take the next bus to the next highlight. Bus travelers are accompanied by a travel guide or multilingual audio guide. 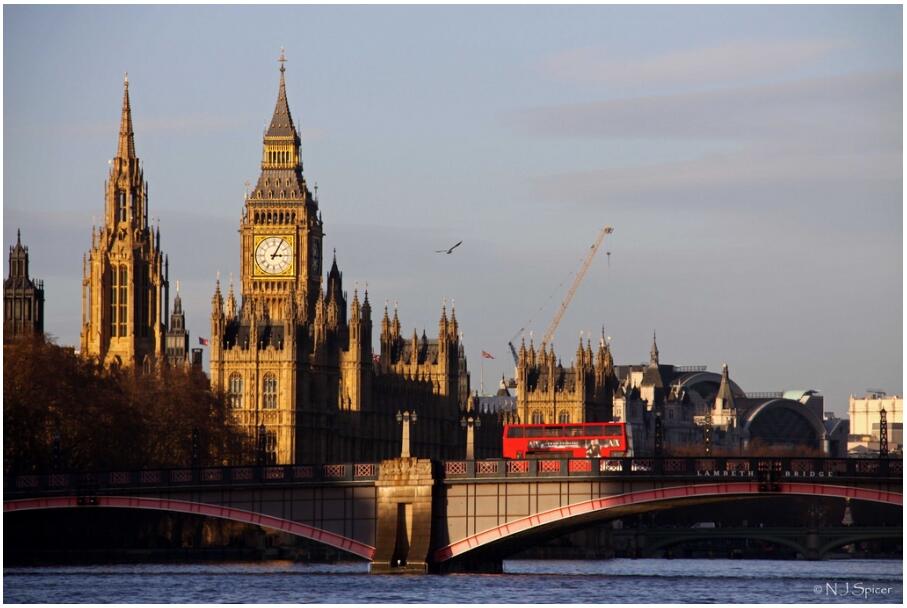