The fourth largest city in the US state of California with around 890,000 inhabitants in 10 boroughs inspires almost 25 million tourists every year with its fantastic location on the Pacific coast, many well-known buildings and a liberal, cosmopolitan and multicultural atmosphere. Known as the “Golden Gate City” in North America as well as in Europe, San Francisco is a world-famous place for bon vivants, free love and tolerance.

“Frisco” is also a stronghold for technical development and progress, especially the neighboring Silicon Valley is the most important IT location in the USA. The city is felt by many visitors to be particularly European, which is mainly due to the typical architecture with many Victorian buildings. In contrast to many of the sun-kissed regions in California, the climate in San Francisco is usually a little cooler and characterized by frequent fog.

Below we present the most exciting tours, most beautiful attractions and best sights in San Francisco. 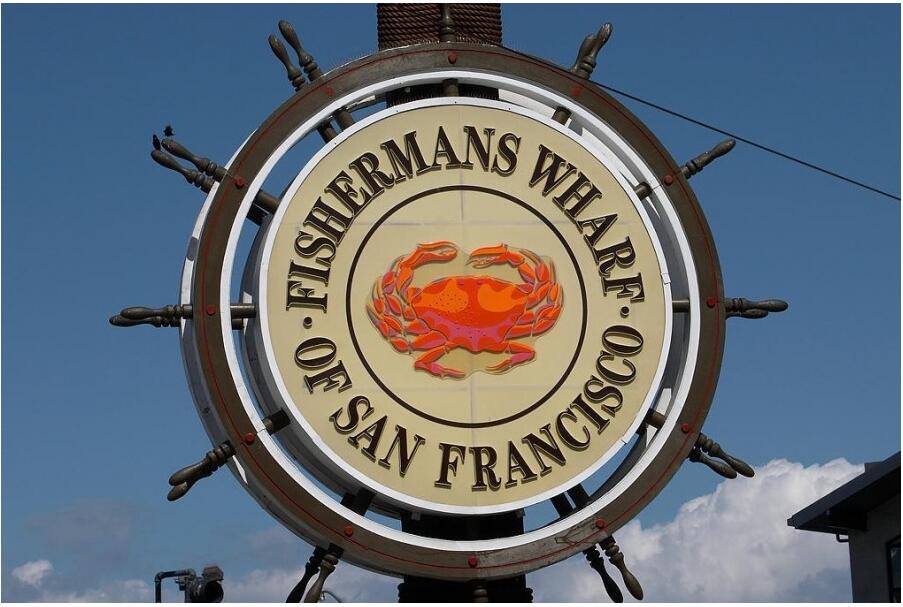 The suspension bridge over the Golden Gate, built between 1933 and 1937, over 2.7 kilometers long, 227 meters high and 27 meters wide, is without a doubt the most famous of the sights in San Francisco. The imposing landmark of the city, visible from afar, is used by more than 120,000 vehicles every day. The bridge, which is impressive in shape, size and appearance and architecturally unique, has served as a backdrop for films since the early 1940s.

Access is best via the parking lot in the Presidio district. As long as there are no clouds of fog over the bay, pedestrians have a fantastic view of downtown San Francisco and the Pacific. A helicopter or seaplane flight over the bridge is more exclusive. Or do you take a boat trip through San Francisco Bay and experience the Golden Gate Bridge from the water? You are spoiled for choice!

The waterfront district in downtown San Francisco between Ghirardelli Square, Van Ness Avenue and Kearny Street, which was built around 1900, has developed into the most touristy area in the entire city since the 1950s. Sights in the picturesque area are above all the sea lions dozing calmly in the sun at Pier 39, the slot machine museum Musée Mécanique and the wax figure museum Madame Tussauds San Francisco.

The quarter is also well visited because of the numerous restaurants serving freshly caught fish and delicious seafood. The many historic ships in the Maritime National Historical Park are a popular photo opportunity on site. Enjoy the turbulent but always positive atmosphere with street musicians and a great view of Alcatraz. Many boat trips also leave from Fisherman’s Wharf.

The 8.5-acre island of Alcatraz is one of the top attractions in San Francisco and served as the location of a maximum security prison between 1934 and 1963. Notorious gangsters such as Al Capone and George F. Barnes (Machine Gun Kelly) served their long prison sentences here. However, none of the almost 1,600 inmates managed to escape from “The Rock”, as Alcatraz is also respectfully known, in 29 years.

The rocky island achieved international fame through the 1979 film “Escape from Alcatraz” starring Clint Eastwood. Various occupations of the island by indigenous people in the 1960s and 1970s after the prison was closed also made repeated headlines. Today Alcatraz has over a million visitors a year. Especially during the holiday season and on weekends, you should book your tour and tickets well in advance.

The 145-meter-long section of Lombard Street between Hyde Street and Leavenworth Street in the centrally located district of Russian Hill is considered to be the street with the most banked turns (in terms of length) in the world. Eight tight bends meander over a short distance as serpentines over a gradient of 27 percent. Every year, more than two million tourists prefer to drive to the famous street and major attraction of San Francisco.

There is also a narrow staircase on the side for pedestrians. Lombard Street has often been the setting for feature films, for example in the productions “Leih mir dein Mann” (1964) and “Is’ was, Doc?” (1972). The characteristic road is also part of tasks and challenges in many video and computer games. Lombard Street has become an integral part of the cityscape of San Francisco due to its uniqueness.

The city’s cable tram network, which has been in operation since 1873, is now a good 17 kilometers long. Until it was largely destroyed by the great earthquake of 1906, the route network was significantly larger. At the end of the 1970s, the remaining lines were initially closed for safety reasons and then extensively renovated from 1982 to 1984.

The three lines The Powell-Hyde, The Powell-Mason and The California Street have been protected as a national monument of the USA since 1964. They’re also part of the 49-Mile Scenic Drive urban vacation route, which features numerous attractions in and around San Francisco. The rush at the stations is usually quite large, tourists should exercise caution when getting on and off the steep stretches. 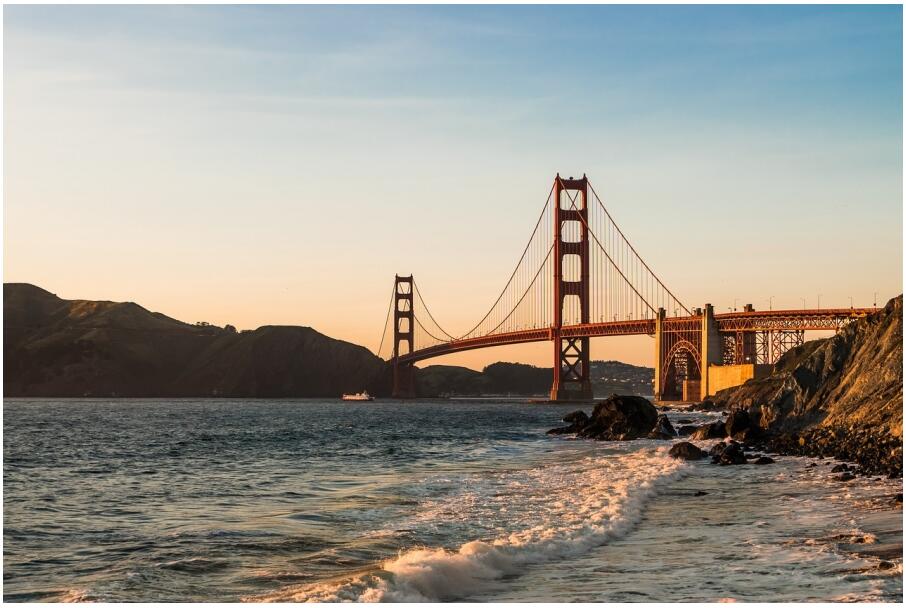 The district around Kearny Street, Bush Street, Stockton Street as well as Grant Avenue and Portsmouth Square, which was laid out in 1846 for Chinese and other Asian immigrants, is the oldest Chinatown district in all of North America. The extremely densely populated area comprises 24 blocks and, with just under 35,000 inhabitants, is considered the world’s largest Chinese enclave outside of Asia. An extensive tour of discovery through the exciting district is worthwhile for tourists.

Here you will find countless traditional Chinese pharmacies, shops and restaurants as well as the Chinese Culture Center, which opened in 1965 and where frequently changing exhibitions of Asian art take place. Well-known attractions include the Dragon Gate gate on Bush Street and Grant Avenue, Tin How Temple on Waverly Place, and the Golden Gate Fortune Cookie Company on Ross Alley.

Market Street, which is almost 5 kilometers long, runs from the harbor at Rincon Park and the Ferry Building in The Embarcadero district through the Castro district, known as the home of many homosexuals, to the Twin Peaks district. The street, which was unusually wide for the time in the mid-1840s, has been an important thoroughfare in the city ever since.

Market Street is lined with several buildings worth seeing. At the intersection with Montgomery Street is the Admission Day Monument, built in 1897 to commemorate the admission of California to the United States on September 9, 1850. Every year on Veterans Day on November 11, large military parades take place here.

Since the “Summer of Love” in 1967, the district around the intersection of Haight Street and Ashbury Street in District 5 Central to the north has been a synonym for the dropout and hippie culture. World-famous musicians such as Janis Joplin and Jimi Hendrix lived and celebrated wild parties here, and the legend of free love drew thousands of teenagers to the surrounding streets in the following years.

The area suffered from drug-related crime for a long time in the 1970s. In the 1980s comedians and actors like Robin Williams and Whoopi Goldberg began their careers with appearances at “The Other Café” on Carl Street. To this day, many small shops shape the quarter.

The four square kilometer district between Central Freeway, Highway 101, Precita Park and Dolores Street has been a traditional residential area for Mexican and South American immigrants since the 1940s. The microclimate is warmer and sunnier than in the rest of the city, a fact that has ensured the steady influx of high-income earners since the early 2000s.

But the quarter is still characterized by Mexican flair with numerous relevant shops and restaurants. Attractions such as the former Catholic mission in Dolores Street from 1776 as the oldest preserved building in the city, the neighboring 6.5-hectare Dolores Park and the colorful murals in Balmy Alley are worthwhile excursions in the area and Clarion Alley.

The up to 83 meters high hill in District 8 Northeast is also the name of the approx. 0.5 km² large district Telegraph Hill. From the elevation and the 64-meter-high Coit Tower, built in 1934, you have a great view of the bay and large parts of the city.

The rather quiet residential area is also known for the beautiful gardens between Filbert Street and Levi Plaza and the large numbers of parrots and parakeets that live there in the wild. There is a lot of dining and nightlife in the neighboring, strongly Italian-influenced North Beach district. 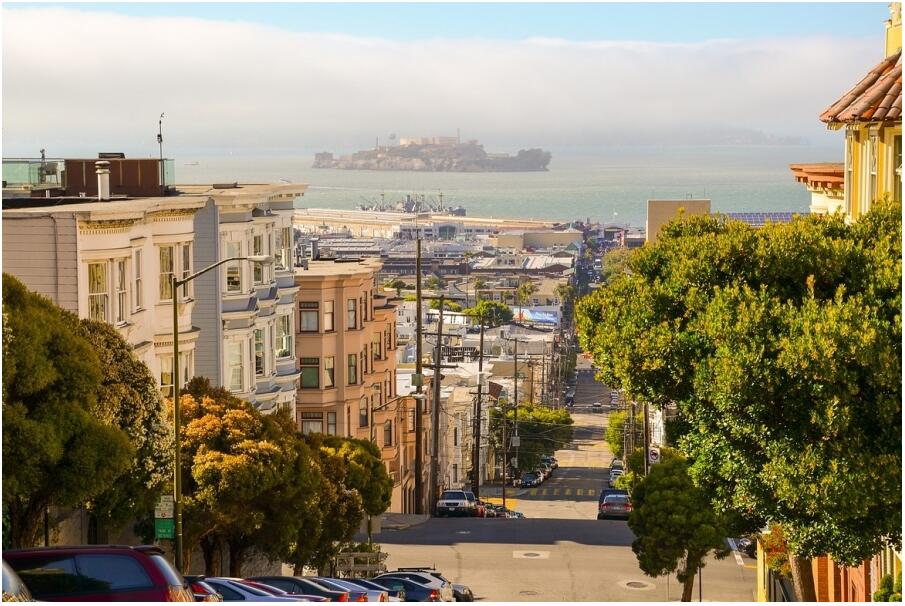