Central-eastern European state overlooking the Baltic Sea. During the ten centuries of its existence, the Poland (whether this term is intended to refer to the State with central powers, or to the whole of the various Polish political-territorial entities) did not always occupy the same territory. In general, already in the Middle Ages its borders moved significantly from W to East, to undergo radical changes following the dismemberments of 1772, 1793 and 1795, the last of which determined the disappearance of the State, which was not more independent until 1918. After the Second World War (1945), the country – apart from some northern regions – corresponded in extension to the main geographical area of ​​the Polish state at the time of its formation in the second half of the 10th century. Consequently, the Poland preserves on the current territory evidence of medieval art that was also being developed outside the reign of Poland of the time and, on the other hand, some territories already Polish, on which an activity developed in the Middle Ages artistic, no longer belong to the od. Poland. On the other hand, the art elaborated in the ancient Polish territories which later passed under foreign domination has often preserved multiple relationships with the cultural processes of the Poland proper (as in the case of Silesia), but also the territories progressively annexed to the Poland. (eg the Russian duchies) have remained largely tied to their ancient artistic past. Given the complexity of the country’s history, when using the name of Poland or the Polish adjective in researches on medieval art, it is necessary to specify whether these terms refer to the artistic past of Poland in the territorial configuration of the period in question or to that of the territories that are now an integral part of the od. Poland.The Poland understood as a unified political entity was formed around the lands of the Polani (Polonia Maior or Grande Poland), from which Prince Mieszko I (ca. 963-992) of the Piasti dynasty rapidly extended his power on the neighboring tribes of the Vistolans (Polonia Minor or Piccola Poland), the Silesians (Silesia), the Masovians (Masovia), the Cuiavians (Kuyavian), the Pomerans (Pomerania) and on the lands of Łęczyca and Sieradz. After the creation of the bishopric of Poznań (v.) In 968, the establishment of the ecclesiastical province of Gniezno (v.) in 999, with its three suffragan bishoprics (Krakow for the Little Poland; Breslau for Silesia; Kołobrzeg for Pomerania), marked the papal confirmation of these possessions of the first Piasti.

Some changes still occurred in the secc. 11th and 12th with the establishment of new bishoprics (Płock in 1076; Kruszwica, later Włocławek, in 1125; Wolin, later Kamień Pomorski, in 1140-1176, the latter independent from Gniezno), but, as a whole, the ecclesiastical organization created in the region at the time of the first Piasti survived substantially until 1821. now divided, but also their resistance to the political and economic expansion of the German area. Starting in 1181, Western Pomerania progressively severed its ties with other Polish regions. The western part of Grande Poland was annexed around 1250 to the brand of Brandenburg; Silesia, increasingly fragmented, became an integral part of the kingdom of Bohemia, therefore of the empire (1327-1368); finally the region of Chełmno (Terra Culmensis) starting from 1226 and eastern Pomerania (Pomerelia) starting from 1308 constituted the nucleus of the territory of the State of the Order of the Teutonic Knights. The reign of Poland (Corona Regni Poloniae), restored in the years 1295-1320 and consolidated under the reign of Casimir III the Great (1333-1370), the last exponent of the Piasti dynasty, included the Little Poland – with its capital Krakow (v.) – the Great Poland, the western Masovia and some territories of the central area of ​​the country, but it extended considerably towards the SE following the conquest of the Russian principalities of Galicia, Chełm-Bełz and Volhynia and Podolia (1344-1366). On the death of Casimir III the Great ascended to the throne of Father Louis I the Great (died in 1382), king of Hungary from 1342, son of Charles Robert I of Anjou and Elisabetta Piast. He was succeeded by his daughter Edvige (died in 1399), who married the Grand Duke of Lithuania Ladislao II Iagello. The election of the latter to the throne of Poland (1386-1434) and the Polish-Lithuanian union treaties opened the country to the Russian territories belonging to the Grand Duchy. In 1466 the Poland he recovered the Chełmno region and eastern Pomerania (with Danzig) and annexed part of the possessions of the Teutonic Knights in Prussia. Eastern Masovia, a fief of the Crown from 1351, retained its status as a semi-independent duchy until 1526.The tribes that made up the population of the early Piasti state belonged to the Western Slavs. Like the other peoples of this great ethnic group, their political and economic organization was based on a relatively dense fabric of civitates, fortified agglomerations which included a castrum (gród), sometimes with a suburbium (podgrodzie); they were the centers in which the artisanal and artistic activity revealed by the archaeological excavations developed. These investigations have returned artifacts for domestic use in bone, wood and metal, decorated with ornaments of different origins, embroidered clothes and shoes and, above all, silver jewels that are distinguished by the systematic use of granulation and filigree, techniques largely tributary of the Byzantine traditions transmitted by the most ancient Slavic civilizations, such as those of Great Moravia The fortified walls of the castra and suburbia, with a circular or oval plan, were made in a mixed technique, with the use of wooden boxes filled with earth, clay and stone. These defensive systems were in some cases refined by sculptures, as evidenced by a wooden boar head (10th century) placed in the lower part of the walls of Gniezno: its apotropaic significance was to reinforce the idea of ​​a protected settlement with respect to the forces hostile to the outside world. It was in this political and social environment deeply rooted in the autochthonous Slavic tradition that the religious art of the West arrived with the Roman Church. The first cathedrals were built within the fortified walls of the main civitates, both in the suburbium (eg in Poznań and Gniezno) and in the immediate vicinity of the princely castrum (eg in Krakow). In size and general structure they were similar to Western cathedrals, but their direct models were very different: Carolingian and post-Carolingian architecture for Poznań, Lombard architecture for Gniezno. The largest Romanesque building in the country, the second cathedral of Krakow, begun around 1070 and consecrated in 1142, took up the Carolingian plan of a church with two crypts and two opposing apses, according to a model probably coming from the Rhineland. 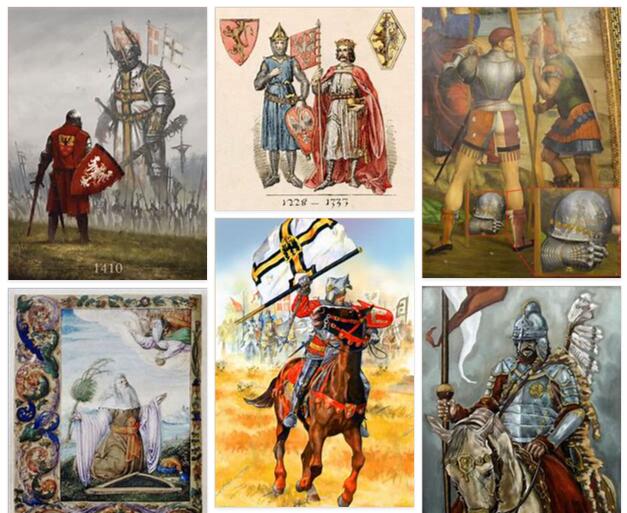