Abbreviated as OMN by Abbreviationfinder, Oman is an heir and the regent, who is titled the Sultan, has all real power. Popular protests and demands for political and economic reform since 2011 have led the regime to tighten the penal code and intervene harder to silence criticism.

The element of democratic elections has increased in Oman, but political parties are still not allowed to form – and the elected bodies are merely advisory. They are not allowed to make decisions, as is the sultan who issues laws through decrees.

Freedom of assembly is limited in the penal code, with the threat of imprisonment, to a maximum of ten persons. Even those who form an organization can be sentenced to prison. Membership in an organization that the state power sees as harmful can lead to an Omani losing his citizenship.

Women have the right to vote and may be elected to the extent that elections occur. In matters concerning, for example, inheritance, divorce or custody of children, the rules are traditional. Human rights organizations believe that women are discriminated against. Child abuse is not prohibited; on the contrary, the law explicitly states that children can be punished for the purpose of raising children.

The conditions for guest workers, despite some improvements, are strongly influenced by a system called Kafala, which means that they become very dependent on their employers, who can, among other things, take their passports. Trade union activity is permitted, but strikes are unusual, and for household employees – in 2017 approximately 150,000 women from Asia or Africa ¬ do not apply to the other labor market rules.

In Transparency International’s assessment of the level of corruption in 2018, Oman was ranked 53 out of 180 countries, see list here. Thus, almost three-quarters of the world’s countries were estimated to have greater problems with corruption than Oman. There have been legal cases linked to the oil industry, but the authorities’ control of public debate and the media makes it difficult to speak openly about suspected corruption.

Several authors have been sentenced to prison sentences in recent years and books have been confiscated. The authorities also exercise strict control over the media and the internet. All criticism of the Sultan is prohibited and it is punishable to publish material that threatens the security of the state, calls for revival or violates the dignity of an individual.

Reporters Without Borders placed Oman as the country 135 out of 180 in the review of the freedom of the press in the world that the organization published in 2020, see list here. Journalists practice self-censorship to avoid harassment by the authorities. About 30 bloggers and activists were sentenced in the aftermath of the Arab Spring of 2011 to fines or imprisonment. Most were later pardoned by the then Sultan Qabus.

Other substances are also sensitive. In 2013, the English-language newspaper The Week was closed for a week after an article on homosexuality. Two journalists were charged with violating the Press Act “by undermining religious and moral values”. Oman’s journalist association also distanced itself from the article. In 2016, the newspaper al-Zaman (“The Time”) published allegations of corruption in the state administration and the judiciary: judges in the Supreme Court must have been pressured to change a verdict in a succession dispute. It ended with the newspaper being definitively closed by the authorities in 2017 and several employees were sentenced to prison sentences. In another case, where the report was about sex trafficking in the Sultanate, the reporter was fired according to Amnesty International, which believes that reporting on human rights has decreased.

The state TV monopoly ceased in 2004 and there are privately owned channels, while most domestic TV and radio channels are controlled and owned by the authorities.

According to the Constitution (a law issued by the Sultan in 1996), the judiciary must be independent but in practice obeys the regent who appoints all judges and has the final say in all judgments. Civil courts judge in criminal cases and Islamic sharia courts in family law disputes.

In the labor market area, a new board has been introduced, initially to try, to settle disputes between guest workers and their employers (see Calendar).

A new penal code came into force in 2018. Penalties for blasphemy, slander and homosexual acts have been sharply tightened. The death penalty is sentenced but no executions have been reported since 2001. The punishment occurs mainly in cases of murder and drug-related crimes.

Torture in connection with police interrogations has been reported. Relatives of abusive journalists and political activists are also subject to harassment. 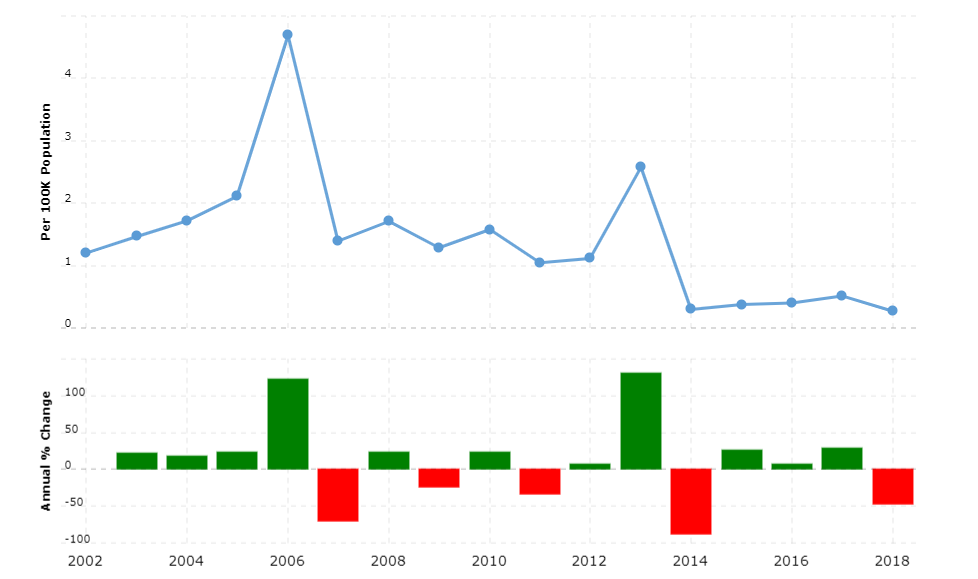