Democracy is relatively stable in Mongolia. But shortcomings in the judiciary are independent and extensive corruption is a problem. The regime’s ambition to reintroduce the death penalty is a concern for human rights organizations.

Abbreviated as MNG by Abbreviationfinder, Mongolia is considered by the most democratic countries in the region. Power has changed hands several times under peaceful forms, and recent elections have, by international election observers, been classified as essentially free and fair (see Current Policy). Two major parties dominate the policy, but each is free to form new parties, although difficulties in finding funding can be an obstacle. The funds of the large parties are replenished under limited transparency and powerful business interests are assumed to have some influence over politics.

Freedom of assembly prevails and in recent years several major demonstrations have been held, including against air pollution and for reforms in the mining industry, which are generally considered to benefit the elite. In civil society, there is a variety of organizations that work relatively freely. A national human rights authority for dialogue with civil society, but lacking sufficient resources to bring about major changes. According to an EU human rights report in Mongolia, in 2018, the authority received around 800 complaints, most of which concerned child violence, the mining industry’s over-exploitation and poor working conditions.

Women continue to be underrepresented in politics, the proportion of women in Parliament was only 17 percent in 2017 (see Social conditions). The World Economic Forum ranks Mongolia as the 58th most equated country in the world in its index of 146 countries.

Religious freedom prevails, but the government monitors religious activities. The activities of foreign communities are strictly regulated. Among other things, there is a law that restricts activities to convert the Mongols to other religions (see Religion). Ethnic minorities should be treated equally by law, but in rural areas, other Kazakhs are discriminated against. 2013 was the first Pride festival in the country’s history, but harassment and discrimination in the labor market continue to pose difficulties for LGBTQ people.

Corruption is widespread and poses a major problem. The laws against corruption are vaguely worded and used sporadically. In 2018, Transparency International ranked Mongolia 93rd in its index of expected corruption in 180 countries.

Freedom of speech is generally respected and individuals can usually criticize state powers without the risk of reprisals.

The situation for the press has improved in recent years, but a local organization working for freedom of the press testifies to continued pressure from the police, authorities and business interests. 23 percent of journalists surveyed in a 2018 survey stated that they sometimes apply self-censorship to avoid collision course with ownership interests or powerful politicians and businessmen. It has happened that journalists who reported corruption among power holders have been convicted of slander and in 2017 several media simultaneously protested against stricter advocacy laws by publishing black boxes on their front pages. There is also information about corruption in the media, especially in connection with the recent election.

A revelation in 2018 about corruption in a state-owned fund that resulted in the resignation of four ministers is seen as a sign of freshness for investigative and free journalism in the country. Reporters Without Borders places Mongolia at 70 in its index of freedom of the press in 180 countries.

The judicial system has been adapted to democratic norms and the courts are now independent of the state power (see Justice). However, many judges are criticized for favoring the state’s interests at the expense of the individual. The fact that the judiciary does not succeed in prosecuting corruption to a greater extent is seen by many as a failure of the system and a sign that the judicial system is also corrupt. In the summer of 2019, the regime fired the head of the country’s anti-corruption authority and later also 19 judges, citing that they were suspected of corruption. State intervention has been criticized by, among others, Transparency International, which emphasizes the importance of the independence of the judiciary.

The death penalty was abolished in 2015 but in 2018 the regime opened for a reintroduction, which was criticized by human rights organizations. Torture is prohibited, but there are reports of enforced confessions within the police. Prison guards have also been accused of using torture. 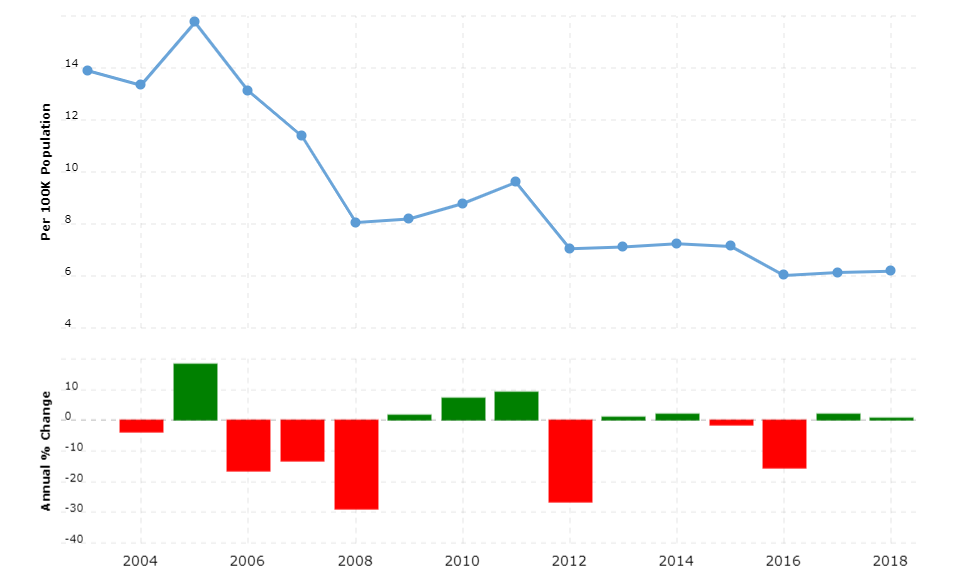