Democracy in Kyrgyzstan, abbreviated as KYR by Abbreviationfinder, has been gradually strengthened since then-President Kurmanbek Bakijev was forced to step down after the unrest in 2010. Remaining problems are severe corruption and widespread organized crime. Human rights violations occur.

In 2010, the first free and fair parliamentary elections were held in the history of Kyrgyzstan. Compared to other Central Asian former Soviet republics, democratization has come a long way. The multi-party system works and Parliament has a more central role.

However, both parties and governments are fragile and easily split. In Kyrgyzstan clan society, elected representatives and other politicians are usually more loyal to the clan or home region than to the party or government. Freedom House describes Kyrgyzstan as a partly free country.

During the election movements, freedom of assembly and assembly is restricted by the authorities and it becomes more difficult to conduct peaceful demonstrations. Human rights activists and political activists are at risk of being threatened and harassed. They can also be prosecuted and convicted for destabilizing the country.

A number of Kyrgyz and international organizations are allowed to work largely unimpeded in the country, including those who are examining the human rights situation.

All kinds of discrimination are prohibited, but women are underrepresented in work, government and politics. The Uzbek minority has a vulnerable situation (see Population and Languages).

Corruption has deep roots in Kyrgyzstan, which in 2019 was ranked 126 out of 180 countries in the Transparency International Index of Corruption in the World (see full list here). It is a worse location than neighboring Kazakhstan, but significantly better than the other three former Soviet republics in Central Asia: Turkmenistan, Tajikistan and Uzbekistan.

Although the constitution of Kyrgyzstan guarantees freedom of press and expression, it is in practice limited. In particular, the media freedom is restricted by the authorities in connection with elections and elections. The public debate is relatively open, but government-critical newspapers have been banned, while journalists have been threatened, beaten, imprisoned and banished from work.

Behind the crimes, among other things, has been the security service. Several inconvenient journalists were murdered in the first decade of the 21st century. After the 2010 power shift and the riots in the city of Osh the same year (see Modern History), the authorities took over a number of Uzbek-speaking media and arrested several journalists.

The government is gaining influence over the media by distributing government grants. All media must register with the authorities before they start their business. In Reporters Without Borders index of freedom of the press in the world, Kyrgyzstan 2020 ranked 82 out of 180 countries (see full list here). It was a placement better than the year before.

According to the Constitution, the judicial system must be independent of other state powers and only governed by the constitution and the laws of the country. In fact, the system is corrupt, and even after the regime change in 2010, accusations of politically motivated judgments have appeared. Judges are appointed by the President on the advice of Parliament.

Human rights are emphasized in the Constitution, but both the police and the security agencies are accused of torture by terror suspects and regime critics during arrests and detention. This has not least been directed at the uz cup in the Fergana Valley. Information on defective and unfair trials is available.

The prisons are described as substandard; they are overcrowded and there is no food or medicine. Arbitrary arrests and impunity for police officers are reported to be common problems. The death penalty was abolished in 2007. The last execution was executed in 1998. 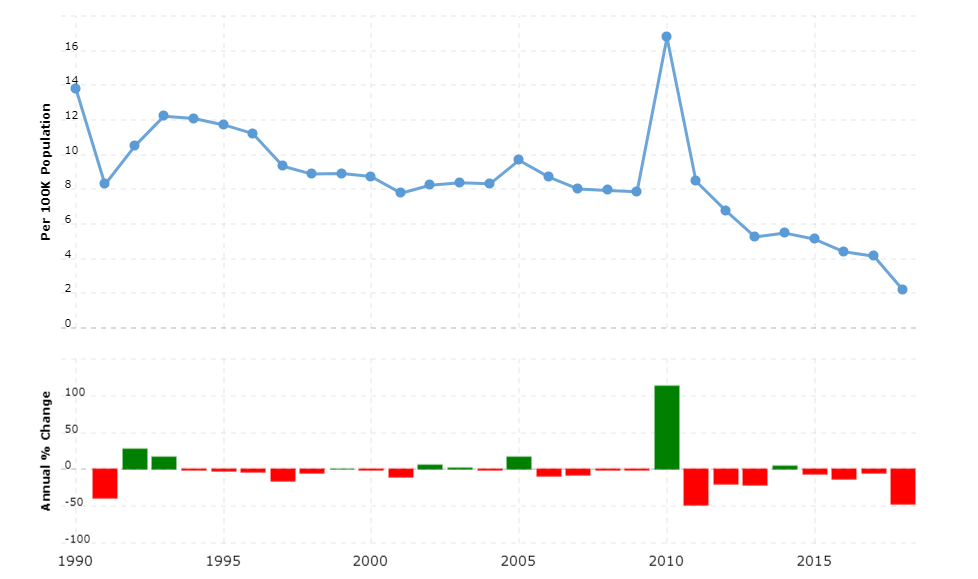 Republican Party leader Ömürbek Babanov is elected new prime minister for a four-party coalition. In addition to Babanov’s own party, the government also includes the Social Democrats, Dignity and the Fatherland. The Bakijev-friendly Fatherland is leading the opposition.

Parliament Speaker Achmatbek Keldibekov resigns after a parliamentary commission found that his staff had links to criminal groups. Keldibekov says the allegations are baseless but he still resigns to preserve the stability of parliament.

Almazbek Atambayev of the Social Democratic Party will take over as president at a ceremony marking the country’s first peaceful exchange at the presidential post.

Supporters of the defeated candidates Kamchybek Tashyev and Adacham Madumarov demonstrate in protest of the official result of the presidential election, giving the victory to Almazbek Atambayev of the Social Democratic Party.

The recently resigned Prime Minister Almazbek Atambayev of the Socialist Party wins the presidential election in the first round with 62.5 percent of the vote. His two main contenders, Adacham Madumarov from the Nationalist Party of United Kyrgyzstan and Kamchybek Tashyev from the Fatherland, receive just over 14 percent each. OSCE election observers point to significant irregularities in the counting of votes. Atambayev belongs to the political elite in Bishkek, while the challengers come from the south and have connections to the deposed Bakijev.

Atambayev is running for president

Prime Minister Almazbek Atambayev announces his candidacy in the presidential election to be held in October 2011. He resigns as a result of this as prime minister ahead of the impending election campaign.

According to a report by an international commission, led by the European Security and Cooperation Organization OSCE, the Uzbek minority was disproportionately hit by the outbreak of violence in southern Kyrgyzstan in 2010. Kyrgyz authorities say the report is biased and Parliament declares Commission President Kimmo Kiljunen from Finland as persona non grata (undesirable). According to the report, the security forces failed in their task of preventing the violence and in some cases they also contributed to the unrest. The violence should have been averted if the military received the right order and placed in the right place, the commission says. According to the report, about 470 people were killed in the violence and around 1,900 had to go to hospitals. About 111,000 people fled to Uzbekistan and about 300,000 became refugees in their homeland. The government decides to pay compensation to families who lost someone in the outbreak of violence or have relatives who disappeared or were injured.

Uzbek imam Rasjod Kamalov in the Osh region is being arrested for fraud. In his hometown of Kara-Suu, people are protesting what they consider to be a politically motivated arrest. Rasjod Kamalov is the son of Imam Rafik Kamalov, who was killed by security forces in August 2006. Previously, the authorities have shut down five Uzbek imams in Osh on the grounds that they have spread non-traditional Islam. Among the Uzbek people, there are suspicions that the government is trying to silence oppositionists – many of them ethnic Uzbek people – on the pretext of fighting terrorism.

Unrest is being investigated

In the official investigation into the riots in the Fergana Valley in 2010, local Uzbek leaders and relatives are accused of baking the riots. Even the then transitional government is criticized for failing to prevent the violence.