There are elements of popular rule in the kingdom, but the elected members have little power compared to Kuwait’s royal house. The emir can veto laws, control the administration and control the judiciary. Criticizing the ruler, the constitution, the judiciary or the “basic values ​​of the nation” is prohibited.

All prime ministers to date, and all ministers with “heavy portfolios”, have been members of the royal house. Parliament is elected in general elections, but its influence is primarily on the fact that Members can vote down a minister. Since it is the “arena” where dissatisfaction can be expressed, such polls are not uncommon. The Emir is then happy to answer the call for new elections – which means that the members risk their own seats.

Political parties are not allowed and there is no independent electoral authority. The Emir can make changes to the electoral system through decrees. If members run political demands that the monarchy perceives as threatening, the result could be imprisonment.

In the absence of parties, Kuwait’s clans hold their own internal processes to produce candidates. Such parallel nomination systems are actually prohibited. Those who are elected tend to pursue issues that favor their own group. Shia Muslims make up a third of the population but are underrepresented in Parliament. Women have the right to vote and are eligible. A few women have had political assignments.

Two-thirds of residents are not Kuwaiti citizens and lack fundamental rights. About 100,000 are stateless and in various ways discriminated against. Non-Muslims cannot obtain citizenship, but may exercise their belief on the condition that they do not try to convert Muslims.

Private Kuwaiti citizens are allowed to form trade unions and negotiate their working conditions, rights that civil servants and guest workers lack despite being the lion’s share of the workforce. Sometimes there is a law, but scant application of the law: A feud broke out with the Philippines when the country’s ambassador acted in support of violent female guest workers. Only when the Philippines explicitly prohibited its citizens from applying for jobs in the country was an agreement concluded – on such basic things as employers would not be allowed to take away households’ passports and telephones (see Calendar). It has not led to adequate security for Filipino women in the country. In 2020, the Philippines once again decided to terminate new contracts for guest work in Kuwait.

The transparency of the administration is small. Often there are allegations of mosquitoes at the bottom when contradictions arise between the government and members of parliament. When Transparency International (TI) examined the corruption in the countries of the world in 2019, Kuwait ended up at 85 out of 180 – worst of the small states of the Persian Gulf, but better than, for example, Turkey, Serbia and Indonesia, see list here. In 2015, an authority was set up against corruption, but it has brought few cases to trial. The same year, the regime closed the local TI office.

Open and peaceful manifestations on a small scale are usually tolerated.

The government can block websites with what it considers to be politically sensitive or immoral content. Several Twitterers have been sentenced to prison for “inappropriate” comments. The Ministry of Information also censors books, films, magazines and magazines to ensure that they do not offend.

Formally, freedom of the press prevails, but in practice journalists work under restrictions. References to God and Prophet Muhammad can be perceived as abusive. This means that journalists are careful about what they report – yet the debate climate is open compared to many countries in the region.

A permit from the Ministry of Information can be withdrawn if a newspaper publishes something that has displeased the governing body. The newspaper al-Watan got its license revoked in 2015, according to the authorities for financial reasons. However, the newspaper had begun to carry on more regime-critical journalism after previously supporting the emir.

There are both Arabic-language and English-language newspapers. The largest is al-Rai, whose edition has best reached upwards of 100,000 copies. As in other parts of the world, competition from digital media is fierce. al-Rai and three other newspapers stopped coming out on Saturdays, with their weekend magazines, to save money.

Kuna News Agency is the official state news agency. The state radio broadcasts in Arabic, Persian, English and Urdu. The state television broadcasts in Arabic, but also has a channel in English. A couple of TV channels are focused on Islamic content. At the same time, a variety of satellite channels with varying targeting offices in Kuwait. Foreign media generally work with greater freedom than domestic ones.

Reporters Without Borders placed Kuwait in 2020 in 109 of 180 countries where the organization examined press freedom, see list here.

The judiciary is governed by the emir. He has the last word when a judge is appointed and can change his sentence at any time.

The legal system is based on family law on Islamic Sharia law, with separate courts for Sunni and Shia Muslims. The marriage of a Sunni Muslim woman is dependent on her being approved by her wali (a male guardian, for the unmarried usually father or brother). The woman has the right to request that the court review the guardian’s decision.

Blasphemy can be punished with imprisonment as well as open criticism of other countries and political leaders. The Penal Code prescribes imprisonment for sex outside of marriage and sex between persons of the same sex.

Arbitrary arrests occur and reports of torture in detention and prisons occur. There are also political prisoners in the country. Events in connection with the Kuwait War in 1991 led to protracted punishments after unsuccessful trials, when people were accused of conspiring with Saddam Hussein’s Iraqi invasion forces (see Modern History).

Abbreviated as KWT by Abbreviationfinder, Kuwait has the death penalty, which after several years of restart began to be implemented in 2013, when five executions were carried out. Then followed a four-year hiatus, before seven people were hanged in January 2017. All seven were convicted of murder or drug offenses. Five were foreign nationals, three were women. One was a Kuwaiti prince and executed for the murder of another of the country’s princes, a nephew. The murder case of the princes was also reported in Kuwaiti media. 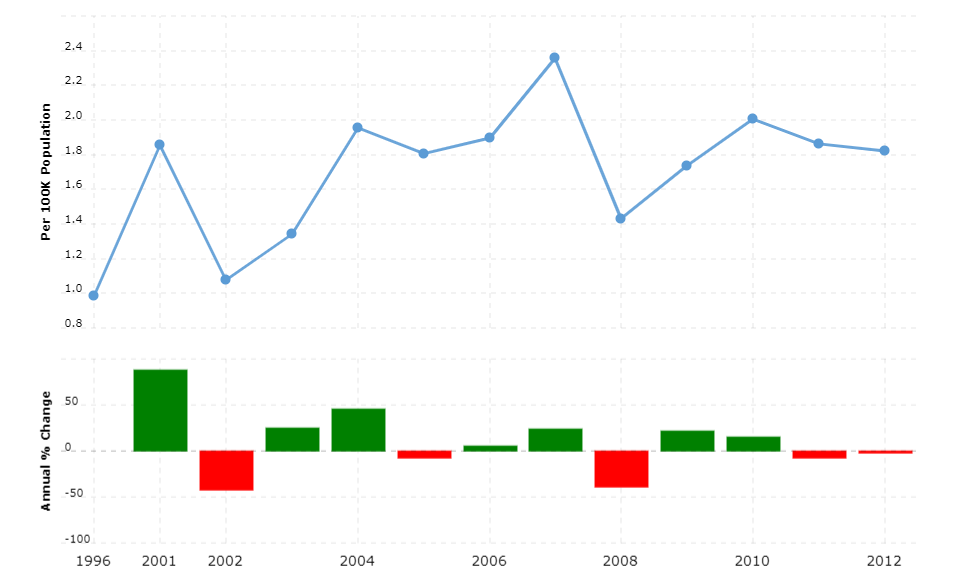