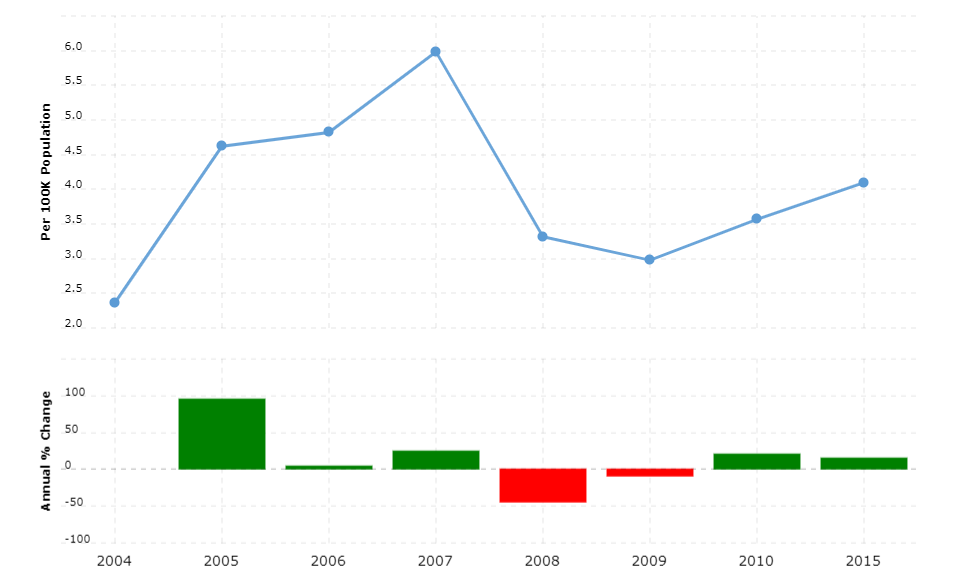 Abbreviated as RTL by Abbreviationfinder, East Timor has, since independence in May 2002, held regular elections approved by international election observers. Democratic deficits, however, are that the politicians usually come from the same small upper class and that this group is characterized by both frugal politics and widespread corruption. Many of them belong to a generation of guerrilla warriors who during the liberation war against Indonesia were guilty of human rights violations.

East Timorese politics is dominated by representatives of the old Independence Party Fretilin and politicians in the circle of former guerrilla leader Xanana Gusmão. In the 2017 presidential election, the country’s two major parties (Fretilin and CNRT) joined behind the same candidate, Francisco “Lu-Olo” Guterres, which got judges to warn that East Timor lacks real opposition. The same people appear in different positions of power; Gusmão, for example, has been both head of state and government and party chairman, while Taur Mata Ruak was guerrilla commander, defense minister and president before becoming prime minister.

For some of them, the transition from guerrilla warriors to elected members of parliament or minister of government has been difficult. Internal power struggles have periodically led to unrest, and in 2006 civil war was near to erupt. The electoral movements often become violent, not often the death victims are required when armed gangs loyal to one of the two major parties clash. Politics is largely dominated by men.

Corruption has increased as the state receives ever-increasing revenues from oil extraction at sea. The governments have said that they will prioritize the fight against corruption, which, however, has spread within the state administration, including in Parliament and the government. Several ministers – including Gusmão – have been accused of corruption and abuse of power. During his tenure as prime minister, Gusmão was criticized for not doing enough to curb the problem. In 2019, Transparency International placed East Timor as 93 of 180 countries in its index of corruption in the world (see full list here). The situation had improved somewhat compared to 2018 when the country received the placement 105.

Freedom of the press and opinion prevails and the country’s editors can seem quite free from political pressure. It has happened that journalists have been charged with slander when they wrote about sensitive issues such as corruption within the state apparatus, but no one has been jailed for his work since the country became independent. Self-censorship within the journalism department is described as relatively common.

Reporters Without Borders placed 2020 East Timor in 78 of 180 countries in its index of freedom of the press in the world (see the full list here). It was an improvement with 17 placements since 2018 and 25 places better than 2015.

Since the wave of violence in connection with the referendum on independence in 1999, when large parts of society were laid in ruins, East Timor has been assisted by UN personnel and other foreign expertise in building up a administration, a police force and an independent judiciary. However, the structure has been slow and the legal system is still deficient. An important reason for this is the large shortage of educated East Timorians, who can work within the justice system.

The legislation is a mixture of Indonesian laws and laws enacted by the UN as well as by the East Timorese Parliament. The judicial system will, among other things, consist of a supreme court, an appeal court, district courts and military courts, but this is still under construction.

The UN handed over police responsibility to an East Timorese police force in 2004. However, in connection with the violent civil conflict in the spring of 2006 (see Modern history), UN police withdrew responsibility. A gradual return of responsibility to East Timor began in May 2009 and was completed in March 2011. A small UN police force remained in November 2012, when the security situation was judged to be sufficiently stable to allow the force to leave the country completely.

With regard to the protection and respect for the human rights of the residents, the situation has improved significantly since Indonesia left the area. However, East Timorese police have been criticized for using too violent methods, including torture during interrogations. The death penalty was abolished in 1999.

In 2000, an East Timorese UN-led court, the Serious Crimes Unit, was established to investigate persons suspected of serious human rights violations during the 1999 wave of violence. In May 2005, the court closed down. Out of a total of 391 charges of genocide, war crimes, torture, sexual crimes, murders or crimes against humanity, 84 had resulted in conviction and three in conviction. The remaining charges were taken over by the new East Timorese justice system. Since the 2006 turmoil, these processes have been slow due to overload in the justice system. In January 2012, an additional 250 lawsuits had been completed.

The convicted have mainly been members of the Indonesian-friendly militia, while a number of high-ranking Indonesian politicians and military commanders accused of participating in the killing have gone free, as the government of Indonesia refused to extradite any citizen to East Timor.

Following pressures from the outside world, Indonesia set up a special court in Jakarta in which 18 citizens were indicted for human rights crimes committed in East Timor in 1999. Most of them were released and after a handful of appeals, only one conviction remained in 2006: a ten-year prison sentence for Militia leader Eurico Guterres. He was released in April 2008 after being sentenced to two years.

The political leadership in East Timor has also been criticized by the outside world for being more interested in good relations with Indonesia than by rectifying the victims of violence. The government has said that it will not make any new attempts to bring high-ranking Indonesians to justice for what happened in 1999.

Indonesia and East Timor set up a joint Friendship and Truth Commission in 2005 that would give a coherent picture of the events in 1999. However, the group had no powers to prosecute. In its final report of 2008, the Commission stated that systematic crimes against humanity were committed by the Indonesian army in East Timor in 1999 by providing Indonesia-friendly militia groups with weapons.

The Independent Truth and Reconciliation Commission, appointed in 2002 by the East Timorese Parliament to gather human rights testimonies committed during the Indonesian Occupation, presented its work in a 2006 report. The conclusions were based on around 8,000 witness statements and determined that just over 18,000 non-combatants were killed or disappeared as a result of the Indonesian occupation, and between 84,000 and 183,000 East Timorans died of starvation and disease as indirect consequences. Indonesian security forces used rape, murder, torture, forced displacement and arbitrary arrests to fight the opponents. According to the report, Fretilin also committed human rights violations.