Abbreviated as KHM by Abbreviationfinder, Cambodia is formally a democracy, but is characterized by an authoritarian government and widespread corruption. Regular elections are held, but the democratic shortcomings are large and the country is completely dominated by the CPP. The judicial system is politically controlled. A special tribunal has been set up to investigate genocide and crimes against humanity committed under the Red Khmer rule in the 1970s.

On paper, Cambodia’s constitution and other laws guarantee citizens both democracy and respect for human rights. However, the CPP government and the state apparatus are far from always applying the laws of the country. The rulers often use the politically controlled justice system to silence critics, including by condemning them for slander, treason or other crimes.

The Cambodian People’s Party (CPP) controls both the administration and the armed forces. Opposition parties cannot act freely. The CPP has no real opposition since the largest opposition party of Cambodia’s National Rescue Party (CNRP) was dissolved by the Supreme Court in November 2017 after Prime Minister Hun Sen accused the party of cooperating with the United States to enlarge his government. Over 100 CNRP politicians were deprived of their right to work politically for the next five years.

Violence and threats against regime critics are common. The pressure against the opposition is increasing before elections. There are also politically motivated cases against people and groups working with democracy and human rights. The government is sensitive to criticism of people being forced to move from their land areas to give way to new mines, industries or shopping centers.

Women are under-represented in the public sector and in politics.

Corruption is a widespread problem, closely linked to land confiscation (see Economic overview). Public administration is inefficient and corrupt. In 2019, Cambodia ranked 162 out of 180 countries on Transparency International’s corruption index (see full list here). Only North Korea had a poorer ranking of all countries in East and Southeast Asia.

Freedom of the press and opinion is severely circumscribed. The Constitution provides that freedom should prevail, but there are many restrictions in the law. Opinions that are considered to threaten the security of the country are not allowed and criticism that may offend the king is prohibited. Holders can sue journalists for disinformation and a convict can give prison. Defamation can result in fines. Journalists examining the ruling elite and corruption risk threats, harassment and even murder.

During the troubled years following the disputed elections in 2013 (see Modern history and Current politics), the situation for independent journalists and editors has deteriorated significantly. Often, the country’s judiciary or tax authorities are used to stave off government-critical media.

In 2020, Cambodia ranked 144th out of 180 countries on Reporters Without Borders Index of Press Freedom in the World (see full list here). It was twelve investments worse than three years earlier.

Legal security for the individual is low. The judiciary is still suffering from the suites following the Red Khmer rule, when all the country’s lawyers except a handful were killed. It was not until 2005 that the first batch of students graduated from a special aid-funded judicial program.

Torture is common in prisons and in police stations. The prisons are overcrowded and statutory detention times are almost regularly exceeded. Arbitrary arrests occur, for example in connection with the forced displacement of poor people in disputes. Different thinking runs the risk of fines or imprisonment for criticism of government representatives, regardless of the truthfulness of the criticism. Rich and influential people are generally considered to be above the law. The death penalty was abolished in 1989.

In 2004, the UN and Cambodia entered into an agreement to set up a tribunal in Phnom Penh to try the Red Khmer leaders for crimes committed during the brutal government in 1975-1979, which is estimated to have cost 1.7 million people. Under the agreement, the tribunal consists of 17 Cambodian and 13 international judges. Several of the top leaders could not be brought to justice. The highest leader Pol Pot already died in 1998 and 2006, the commander-in-chief Ta Mok died.

In 2007, five people were arrested by the tribunal: Kang Kek Ieu (“Duch”) who, under the Red Khmer regime, was the head of the notorious prison S21 in Phnom Penh, Nuon Chea (or “brother number two”) who was the Red Khmer chief ideologist and second highest leader of Pol Pot, Khieu Samphan, head of state, and Foreign Minister Ieng Sary and his wife, Ieng Thirith, who was Minister of Social Affairs. All were suspected of a number of crimes, including crimes against humanity.

The first to be tried was Duch, who in 2010 was sentenced to 35 years in prison for, among other things, 16,000 cases of murder and torture. The sentence was sharpened in 2012 to life imprisonment.

The trial against the other four began in 2011. Ieng Thirith was released shortly thereafter, when she was judged to be too ill to be tried. Ieng Thirith passed away in 2015. Ieng Sary passed away in 2013, he too passed away without any of them having fallen. When the trial ended after just over two years, the two remaining still denied the crime. However, Nuon Chea said he considered himself “morally responsible” for what happened under the Red Khmer powers. He apologized to the victims, their survivors and to the Cambodian people.

Ten months later, in August 2014, Khieu Samphan and Nuon Chea were sentenced to life imprisonment. They were 83 and 88 years old at the time. The two men appealed against the judges, but were rejected by the tribunal in November 2016. At that time, new trials were ongoing against the two, including for the genocide of the country’s Vietnamese and Muslim minorities.

In 2015, another four former Red Khmer were charged: Meas Muth, former commander of the Navy, Im Chaem, female former district cadre, Ao An, mid-level cadre under the Red Khmer regime, and Yim Tith, high ranking official under the Red Khmer. In 2017, the indictment against Im Chaem was dropped as she was not considered to have held a sufficiently high post under the control of the Red Khmer. 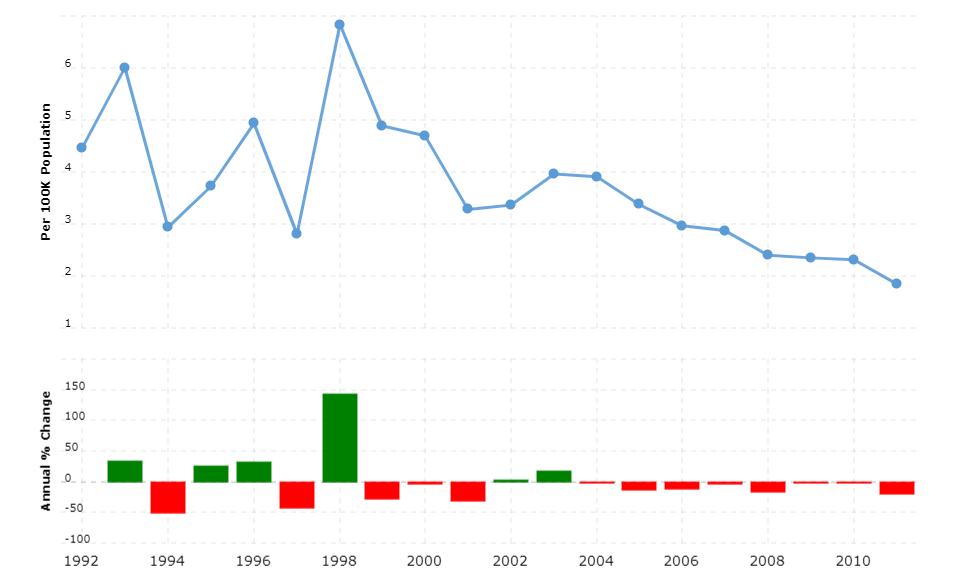