Abbreviated as BHR by Abbreviationfinder, Bahrain is dominated by its royal family, which, unlike the majority of the people, is Sunni Muslim. In recent years, the country’s Shiites, but also others, have demanded influence and freedom of speech. The result has been oppression. Monitoring of the press has been tightened and the security police are keeping regime critics in check.

One of the two chambers in Bahrain’s parliament is elected, but no laws can be passed against the will of the king. When parties have dared to demand reform and call for a boycott of the elections in which the people are allowed to participate, the regime has responded by completely banning the party organization and freezing its assets (see Current policy). In practice, strict measures are directed primarily at Shi’ite Muslims.

Women can run for office in Bahrain’s very limited democracy. The lawyer Haya Rashid Al Khalifa (who belongs to the royal family) was chairman of the UN General Assembly in 2006-2007. At the same time, Bahrain got its first female judge. The first female minister had been appointed a few years earlier. Women also appear in the police force. But in many contexts women’s rights are limiting. Bahrain’s parliament has voted to abolish a law that allows a rapist to avoid punishment if he marries the victim, but it is reported to have been difficult to hear for application other than in the case of group rape. (It is usually pointed out that similar provisions on impunity have leaned against French law from the Napoleonic era, which through colonialism gained a strong position in much of the Arab world.)

At Transparency International, which is eyeing the level of corruption in the world, in 2019 Bahrain got 77 places among 180 countries – in the better half, and clearly better than the year before, see list here. The biggest problem is stated to be top management, that it is the royal power that makes decisions about, for example, large contracts without transparency.

The government can shut down media and internet sites that attack the regime and Islam without legal scrutiny, or publish “immoral” material or anything that is believed to lead to unrest. Most journalists and editors therefore seek some form of self-censorship.

In connection with the Arab Spring protests against the regime in 2011 (see Modern History), journalists were particularly exposed to pressure from the authorities. The editor-in-chief of the country’s only non-regime loyal newspaper, al-Wasat, stated that employees were subjected to harassment. The newspaper was closed in 2017.

The situation for the media worsened during continued protests. The Reporters Without Borders organization in 2014 described Bahrain as a “kingdom of disinformation” and said that the authorities “manipulated the reporting of the protests”. Several journalists and bloggers have been imprisoned (see Calendar). In the organisation’s press freedom ranking for 2020, see list here, Bahrain is ranked 169 out of 180 countries, between Azerbaijan and Saudi Arabia.

The disputed Qatari TV channel al-Jazira has periodically been prevented from operating in the country. In 2015, the authorities also stopped a pan-Arab TV channel that has just started financing a Saudi prince. The broadcasts were then stopped by the channel broadcasting an interview with a Shiite opposition politician.

The largest Arabic-language newspaper is the government-friendly Akhbar al-Khalij (“The News of the Week”). While the press is privately owned, radio and television, which broadcasts programs in Arabic and English, are owned by the state. There is also a commercial radio station which mainly broadcasts in English. Almost all households have access to satellite broadcasts. Television is the news source that has the greatest spread.

Almost everyone has access to the internet, but disingenuous internet sites are closed.

The judiciary, which according to the constitution is independent, is a mixture of the Western system, old clan rules and Muslim Sharia law. The latter is especially true in cases involving family disputes, marriages and inheritances.

The king appoints all important judges and is himself chairman of the Supreme Court.

In connection with the constitutional amendment in 2002, all political prisoners were released, but since then, and especially since the protests in 2011, respect for human rights has again deteriorated. Prohibition of demonstrations and crowds has been introduced. The King has also introduced strict laws and tightened the penalty against terrorism. A 2018 decree gives military courts the right to try civilians accused of terrorist offenses. The definition of what should be classified as terrorism is vague. Furthermore, the sentence for insulting the king has been increased to seven years in prison.

The regime is criticized for putting dissenters and opposites in prison. Several well-known human rights activists, opposition politicians and journalists have been sentenced to long prison terms. There are reports of torture, which is prohibited, against prisoners. The regime has generally denied allegations of abuse, but in May 2019, judicial trials were started by twelve prison staff, accused of abusing prisoners in Jaw Prison south of Manama. In a separate case, it was stated that a prison guard was sentenced to six months in prison.

Bahrain has the death penalty, but the penalty is not always enforced. Three executions were performed in 2017, the first in six years, and three in 2019.

People who have worked for Transparency International are among those who have been harassed by authorities. Travel bans are one of the measures used against activists of various kinds. The convicted are sometimes deprived of their citizenship. 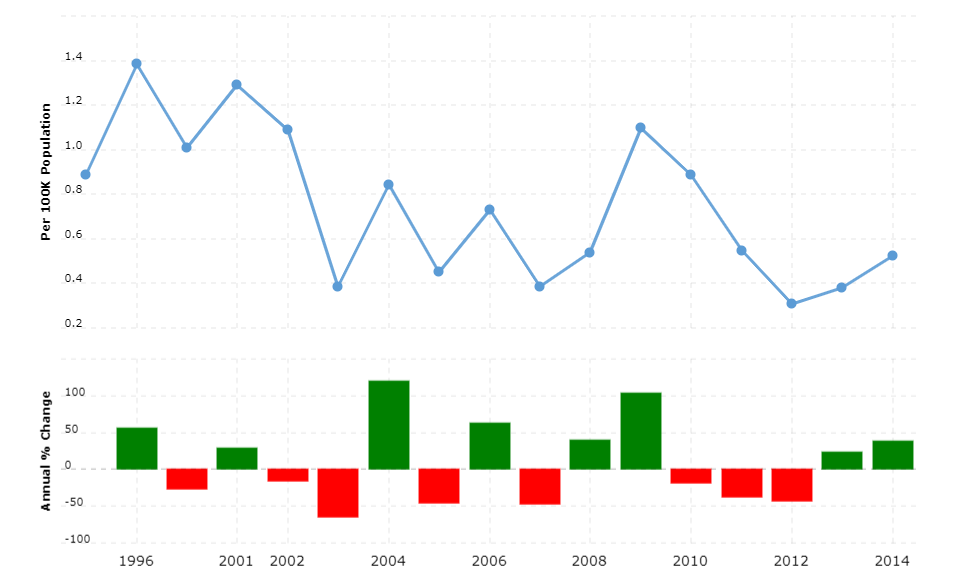